In a report to investors, ASUS revealed its plans for 2015, including a push to become the number one electronics maker in Taiwan, the US and European launch of the ZenFone 2, and the release of a redesigned version of the Fonepad, rebranded as ZenPad.

You could call ASUS’s next-generation tablet the Fonepad 2, but the company hopes to unite the “Zen” family. Thus, the ZenPad is born. 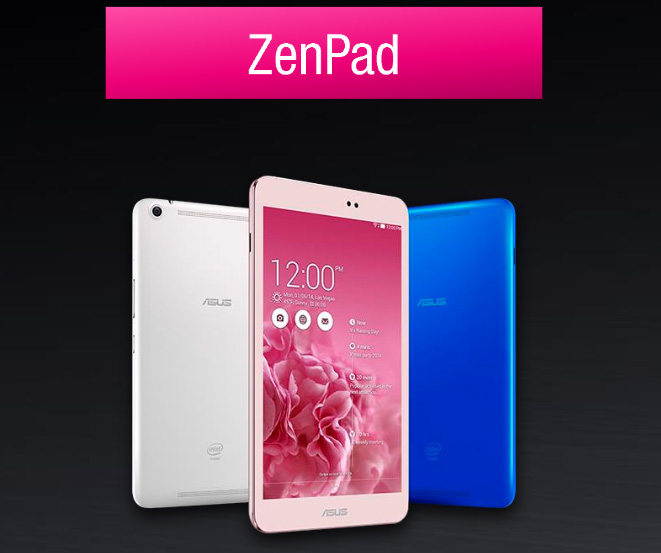 From images distributed through ASUS’ presentation slideshow, the ZenFone looks similar to its predecessor, the Fonepad 8. It appears the tablet will come in white, rose, and electric blue. However, since it is just a graphic for the presentation, that is just speculation.

It also appears that the ZenPad is Android-based with a ZenUI interface. From the logo on the back cover, the tablet will sport Intel inside. 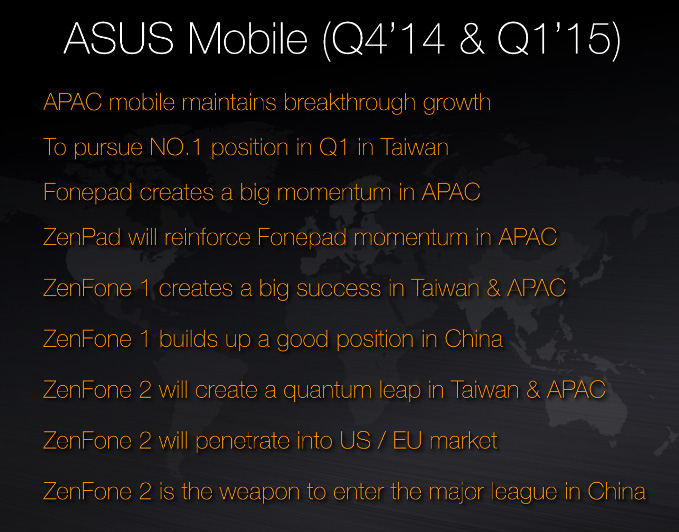 ASUS also plans to launch the ZenFone 2 with the hopes of solidifying a market capture in Taiwan, as well as, across Asia Pacific. The company believes that the popularity of the second-generation ZenFone will, not only penetrate the US and European smartphone market, but will also drop into China as a “major league” player.

ASUS will be attending the 2015 Mobile World Congress in Barcelona Mar. 2-5 and might officially unveil the ZenPad at the convention.

9 replies on “ASUS plans to rebrand Fonepad in 2015 with ZenPad, ZenFone 2 to launch in US”