The Asus PadFone X is a 5 inch phone that you can slide into a 9 inch tablet station when you want to use a bigger screen (and bigger battery).

AT&T has already announced it will be the first US wireless carrier to sell the PadFone X, and now it looks like the device is one step closer to launch. It passed through the FCC this week. 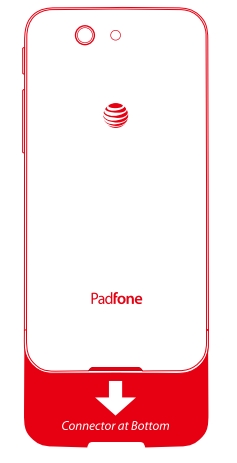 The Asus PadFone X is also known as the PadFone T100D and it’s expected to feature a Qualcomm Snapdragon 800 processor, 2GB of RAM, 16GB of storage, and Android 4.4 KitKat.

Asus packs the processor, storage, memory, wireless components and most of the other important bits into the phone. So you have access to the same apps and data whether the tablet station is attached or not — no synchronizing required.

Another thing that makes the PadFone concept a bit more appealing than buying separate phones and tablets is that you don’t have to pay AT&T any extra money to use the tablet on the company’s 4G LTE network. That’s because its actually your phone that’s connected, not the tablet itself. So there’s no tethering fee or separate tablet fee.

AT&T hasn’t announced the actual price or launch date for the PadFone X yet.