Asus appears to be getting ready to launch a new member of the Padfone family. The company’s been selling Padfone products for a few years, offering a smartphone that can fit into a tablet docking station when you want to use your smartphone apps with a larger screen and a bigger battery.

The new model is reportedly called the Asus Padfone S Plus and it features a faster processor, more RAM, and more storage than the model it will replace. 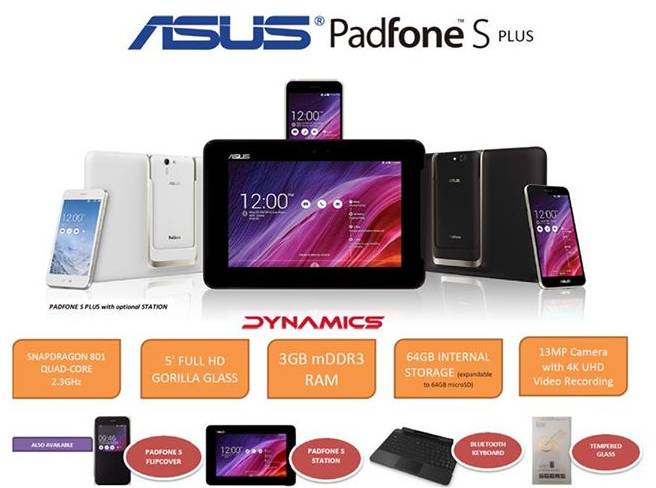 As the name suggests, the Asus Padfone S Plus is basically a more powerful version of the Padfone S. That’s a model that launched in Asia last year. In the US it was sold under the Padfone X name.

It’s not clear of the Padfone S Plus will be available in the US, but it’s expected to launch in Malaysia this week, with the phone selling for about $300 and the Padfone Station tablet dock selling as an optional accessory.

The tablet dock is said to cost the equivalent of $165 and it will feature an 8.9 inch display and 4990 mAh battery. A Bluetooth keyboard accessory is also available if you want to turn your phone into a sort of portable notebook.

via Juggly and Phone Arena