The Asus PadFone is an Android phone that turns into a tablet when you add an optional tablet dock, a laptop with an optional keyboard dock, and a desktop PC with an upcoming optional monitor dock.

Asus started selling the PadFone in Taiwan in April, but it’s not officially available in the US yet… unless you’re willing to buy the PadFone from a company that will import an international model to the States and pass the lack of cost savings on to you. 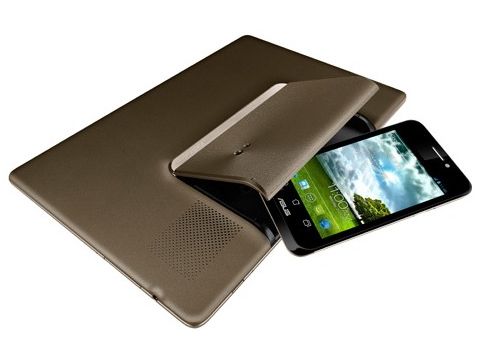 That’s exactly what Negri Electronics is doing. The retailer is now selling the Asus PadFone smartphone plus a tablet dock for $859.50.

For that price you get an unlocked international smartphone with a 4.3 inch, 960 x 540 pixel display, a 1.5 GHz Qualcomm Snapdragon S4 processor, 1GB of RAM, and 16GB of storage.

The phone features WiFi and Bluetooth, has an 8MP camera similar to the one on the Asus Transformer Prime tablet, and runs Google Android 4.0.

When you use the PadFone Station dock, the phone can be used as a 10.1 inch, 1280 x 800 pixel tablet, although you may need to restart some apps that aren’t design to automatically switch between different screen sizes on the fly.

If and when Asus officially releases the PadFone and tablet dock in the US, it will likely be cheaper than the model offered by Negri Electronics. But if you can’t wait, this is one of the only options available. It also gets you an unlocked device which you can use on any wireless network that supports GSM, WCDMA< HSDPA, and HSUPA networks.

via Engadget and Phone Arena