Sometimes big things come in small(er) packages. A phone is smaller than a tablet, but does many of the same things. And a Asus Padfone mini is smaller than a Padfone… and now we have a good idea of what it will look like when Asus launches the phone/tablet hybrid next week.

A Padfone is an Android smartphone designed to work with a tablet dock, giving you a larger screen and battery when you want it, and a pcoket-sized phone when you don’t. Earlier models featured 10 inch tablet stations and 5 inch phones.

Now @evleaks has posted the first images of the upcoming Padfone mini. 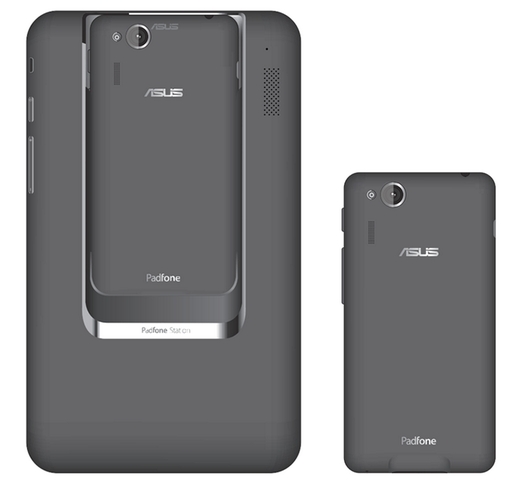 As expected, it looks like the Padfone mini won’t just have a smaller phone — it’ll also have a smaller tablet. The handset has a 4.3 inch display, while the docking station appears to be about 7 inches.

You’ll be able to slide the phone into a slot on the back of the tablet when you want to use a larger screen. But the phone is the heart of the system, featuring the processor, memory, storage, and even camera.

The Padfone mini is expected to feature a 1.4 GHz Qualcomm Snapdragon 400 processor, Android 4.3 Jelly Bean or later software, and the phone may have a 960 x 540 pixel display, although there’s no word on what the tablet’s display resolution will be. 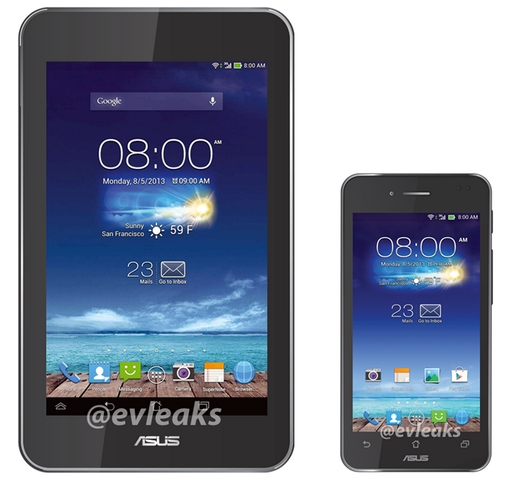