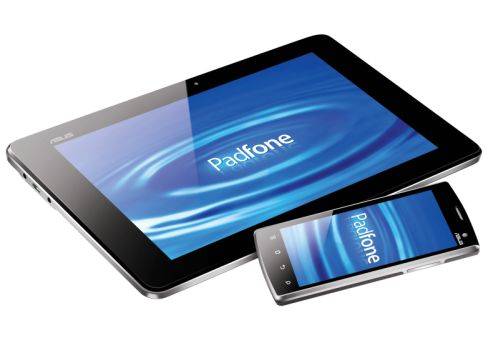 The Asus Padfone is modular device that combines an Android smartphone with a 4.3 inch display and a tablet shell with a 10 inch screen. The phone actually acts as the brains of the tablet — but the tablet dock allows you to use a larger display than you would get with the phone alone. That leads to a better reading, web surfing, gaming, or video watching experience.

Asus had already promised that the Padfone would hit the streets in early 2012, and now DigiTimes is offering a slightly more precise date: February, 2012.

The PadFone is expected to launch with Google Android 4.0 Ice Cream Sandwich. That makes sense, since it’s the first version of Android designed to run on either a phone or tablet — which means that the user experience will be nearly the same on the phone or the tablet.

There’s no word on how much the PadFone will cost, or if you’ll be able to buy the phone separately from the tablet. 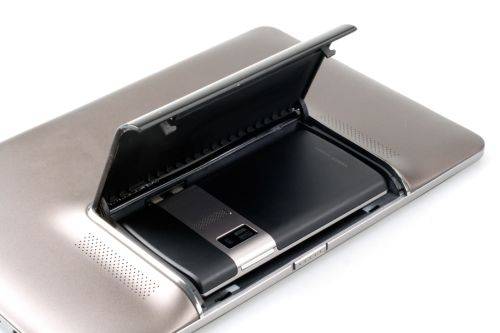 Asus is expected to launch several Android tablets early next year — and DigiTimes suggests that one of them could be a smaller version of the Eee Pad Transformer.

The current Transformer and the upcoming Transformer Prime both feature 10 inch displays and optional keyboard docking stations that let you use the tablet like a laptop. DigiTimes reports that Asus may be working on a new 7 inch model.

While 7 inch tablets offer certain benefits over their larger 10 inch cousins since they’re lighter and easier to hold, I’m not convinced a 7 inch Transformer is a great idea. It’s hard to find a laptop with a 7 inch display and a comfortable keyboard — usually the keys are small and packed too closely together. I doubt a keyboard dock for a 7 inch Transformer tablet would fare much better.

On the other hand this news is just a rumor for now — and it’s just as likely that Asus may be developing a standalone tablet with a 7 inch screen and no keyboard accessory at all. We probably won’t know for certain until next year. I suspect Asus will unveil its plans for the first half of 2012 at the Consumer Electronics Show in January.

6 replies on “Asus Padfone coming in February, 7 inch Transformer in the works?”