Asus is set to officially introduce the Padfone 2 on October 16th. But Asus CEO Jerry Chen gave Bloomberg India a sneak peek this week. He confirmed that the new smartphone with a tablet docking station will have a bigger screen, higher resolution camera, and new design. 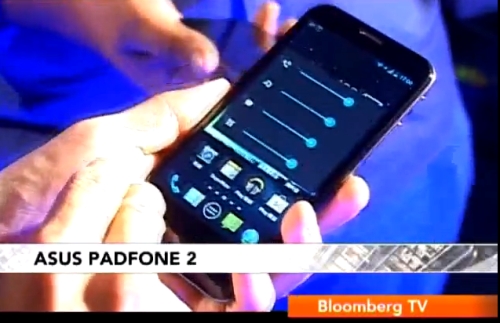 Like the original Padfone, the Padfone 2 is basically a powerful smartphone. But what makes it special are the docking accessories. Slip it into a tablet dock and the phone acts as the brains of a 10 inch tablet.

You should also then be able to add a keyboard dock to get extra battery life (and a keyboard and touchpad), and there may even be desktop PC-style docking stations.

The Padfone 2 has a 4.7 inch display and a 13MP rear camera. The tablet dock has been redesigned so you no longer have to lift a door to insert the smartphone. It slides right into a groove in the back of the tablet and locks in place. 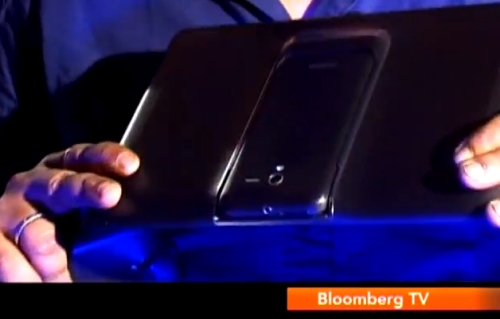 The tablet dock has a bigger battery than the phone itself, so you can charge the phone while it’s connected to the tablet, and between the two batteries you should be able to get up to 2-3 days of run time.

Word on the street is that the Padfone 2 may also have 2GB of RAM, a 1.5 GHz Qualcomm quad-core CPU, a 1280 x 720 pixel display, and a 2140mAh battery. Chen didn’t confirm any of those details, but the rumors had also suggested a 4.7 inch screen and 13MP camera… two things which he did confirm. Draw your own conclusions.

Update: Twitter users @evleaks has also posted a series of leaked images of the upcoming Padfone 2.

via Eee PC.it and The Verge