This fall Google will release Android TV, a version of its mobile operating system optimized to run on smart TVs and set-top-boxes.

The platform will launch alongside Google Android L for smartphones and tablets, and it’ll be optimized to let you stream internet video from sites including YouTube and Netflix as well as music from iHeart Radio, TuneIn, and a range of other apps optimized for big screens.

Google has said it’s working with a number of companies on smart TVs and TV boxes… and it looks like one of the first might have just shown up in the database of benchmarking utility GFXBench. 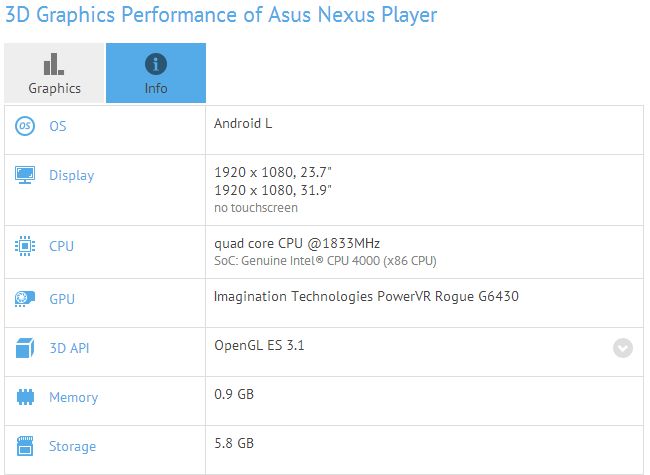 An unannounced device called the Asus Nexus Player recently showed up in the GFXBench results.

It features a 1.8 GHz Intel Quad-core processor with PowerVR G6430 graphics, 1GB of RAM, and 6GB of storage, and WiFi and runs an operating system described as Android L.

There are two displays listed: a 23.7 inch screen and a 31.9 inch screen. Both are 1920 x 1080 pixel displays. While it’s possible that this means there are two different smart TVs in the works, it’s more likely that the Asus Nexus Player is a box that you can plug into any TV with an HDMI cable. 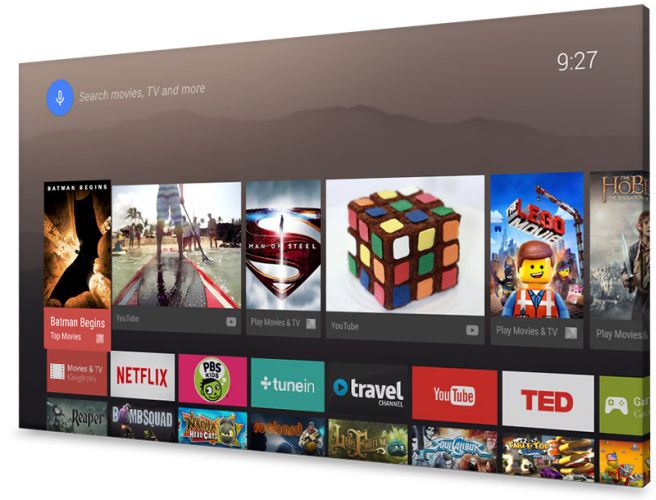 Google has already said that Asus will be one of the first companies to offer an Android TV streaming box. Razer also has one in the works, while Sony, Sharp, Philips, and TP Vision are working on smart TVs with Android TV software.

But if the Asus box really uses the Nexus name, it could be sold in partnership with Google much the way Nexus phones and tablets are and positioned as a device aimed at developers and consumers alike.

Not all Android TV devices will have Intel processors. Google says the software will also work with devices featuring Qualcomm, NVIDIA, MediaTek, and Marvell processors.