After making a brief appearance in Japan, it looks like an official Nexus 7 dock is on the way to the US. B&H is now taking pre-orders for an Asus Nexus 7 dock for $39.99.

It’s expected to ship around  mid-January. 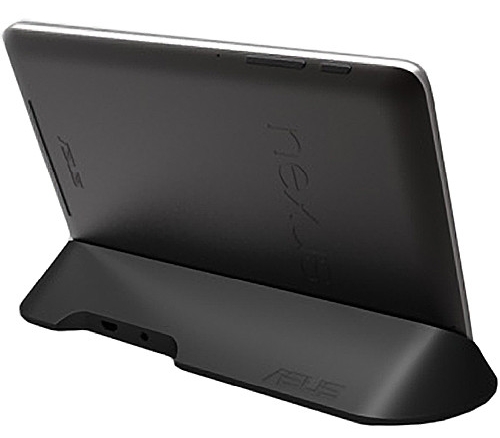 The dock isn’t the most exciting accessory you’ve ever seen. Basically it lets you stand up the tablet, plug in a charging gable, and a set of external speakers using a 3.5mm audio jack.

In other words, the only thing that the dock really brings to the table is the ability to stand up your tablet while it’s charging and/or you’re listening to music.

One interesting thing is that the dock appears to use the 4 little magnetic pins on the side of the Nexus 7 for charging rather than the USB port.