But while the WiFi-only model announced this week features an Intel Atom Z2560 Clover Trail+ processor, Asus also has a model with a 4G LTE modem and Qualcomm Snapdragon S4 Pro processor. 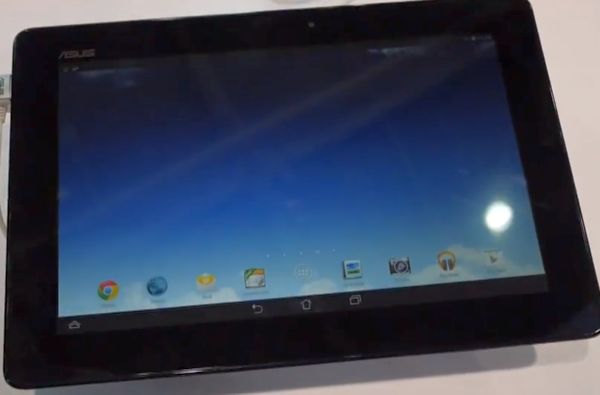 Asus introduced the MeMO Pad FHD 10 LTE during a Qualcomm event at Computex. It looks nearly identical to the Intel Atom-powered model, and features the same full HD screen and Asus SonicMaster audio.

The difference is that one model has an Intel x86 chip while the other has a Qualcomm ARM-based processor.

Intel’s Clover Trail+ chips don’t currently include built-in support for 4G LTE networks. So Intel and other companies can either use a two-chip solution or opt for a processor like Qualcomm’s which offers everything on a single chip.

The MeMO Pad FHD 10 LTE features 2GB of RAM, up to 32GB of storage, a 5MP rear camera and 1.2MP front camera, GPS, WiFi, and Bluetooth as well as LTE. It runs Google Android 4.2 Jelly Bean, and comes with a 25Whr battery.