French website PC Inpact has published some pictures of the tablet which were snapped a trade show for resellers. 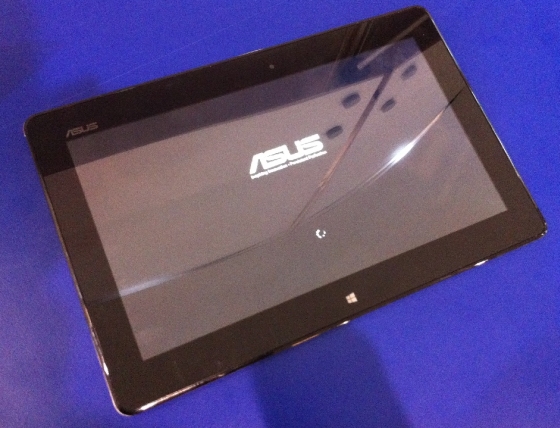 The tablet reportedly features 2GB of RAM and up to 64GB of storage. There’s also a mini USB 2.0 port and a microSD card slot.

Asus has already introduced a 10 inch tablet called the Vivo Tab RT — but as the name suggests, it has an ARM-based processor and runs Windows RT rather than Windows 8. It’s available for pre-order for $600.

The company is also expected to launch a Windows 8 tablet called the Vivo Tab with an 11.6 inch display and Intel Atom CPU. But that Vivo Tab model is expected to have a higher starting price of $799.

Either Asus has dropped the price and reduced the screen size, or the company is preparing to offer customers a choice of 10.1 inch or 11.6 inch screens.

We should know more next week. Asus is holding a Windows 8 launch event in New York on October 23rd.

You can find more photos of the Asus ME-400 at PC Inpact.