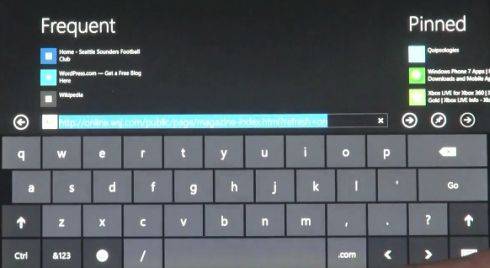 The Asus Eee Pad Transformer is a slate-style tablet with an optional keyboard docking station which sort of transforms the device into a laptop. The dock also has a separate battery which nearly doubles the run time. Currently the Eee Pad Transformer is designed to run Google Android 3.x Honeycomb, but according to French site Les Numeriques, an Asus marketing representative has said that the company will offer a versio nrunning Windows 8 next year.

Asus won’t be replacing the Android tablet with a Windows model. The two can live side-by-side, and in fact by the time they’re available, the new Transformers will likely be thinner and lighter than the currend model.

Microsoft recently started showing off the next-generation Windows operating system which will be designed to run on tablets with low power ARM-based chips. It’s expected to be launch in 2012, so even if the news about a Windows 8 Asus Eee Pad Transformer turns out to be nothing more than a rumor, I’d be surprised if Asus and other laptop and tablet makers weren’t already planning to offer devices with the new touchscreen-optimized version of Windows next year.