Last year Razer launched a smartphone aimed at gamers, which basically means it has top-tier specs, a big battery, and one unusual feature: a display with a 120 Hz refresh rate.

This year Xiaomi subsidiary Black Shark went a step further with the introduction of a gaming phone with liquid cooling and a detachable gamepad. And Nubia launched its own gaming phone, with a GameBoost button for extra performance, liquid cooling, and an RGB light strip on the back.

So which company will be the next to launch a gaming smartphone? Probably Asus. 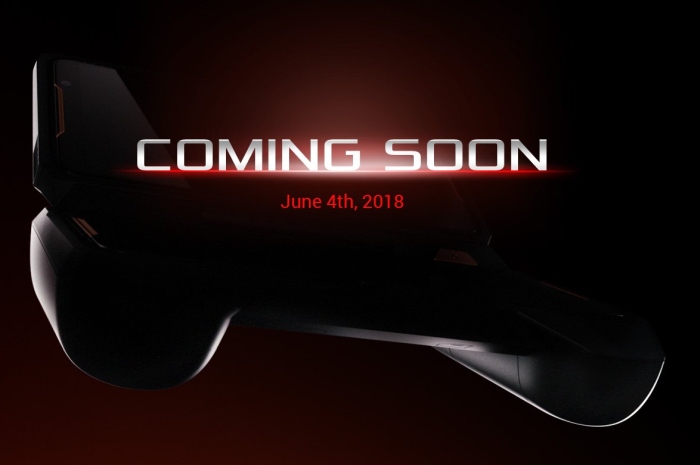 While Asus has never been a major player in the smartphone space, the company has been producing phones for years. Asus also offers a wide variety of PCs, ranging from entry-level laptops and tablets to high-end gaming computers.

This week the company posted a teaser for an upcoming product to its Asus ROG (Republic of Gamers) Twitter page. While there aren’t many details, the picture seems to show a chunky smartphone with an angular design connected to a game controller.

Most of the gaming phones released to date have basically been Android phones with premium specs that makes them suitable for extended gaming sessions. But Android games aren’t generally known for being super resource-intensive, so companies have tended to opt for improved displays, speakers, and cooling, among other things.

It looks like the Asus ROG phone will also be designed for use with an external controller, which could make it easier to see and control games by using physical controls rather than tapping the screen with your fingers.

There’s no word on the price, specs, or release date. But we should fine out more on June 4th, when Asus officially introduced the phone.

With a growing number of PC and console games offering smartphone versions though, it makes sense that device makers are starting to emphasis gaming-ready devices. (I’m looking at you PUBG and Fortnite… not to mention the Steam Link mobile app that lets you stream games from a PC to your phone).

One reply on “Asus may be prepping a ROG gaming smartphone”