Windows 10 S is kind of Microsoft’s answer to Google’s Chrome OS: it’s a light-weight operating system that can run on entry-level or high-end hardware that puts an emphasis on security and ease-of-use rather than support for the widest possible range of third-party applications.

Since Windows 10 S and Pro can run on the exact same devices, it should come as no surprise that companies like Asus are basically offering laptops that come with the option of both operating systems. Case in point? The new Asus VivoBook W202 supports Windows 10 S, Home, or Pro. 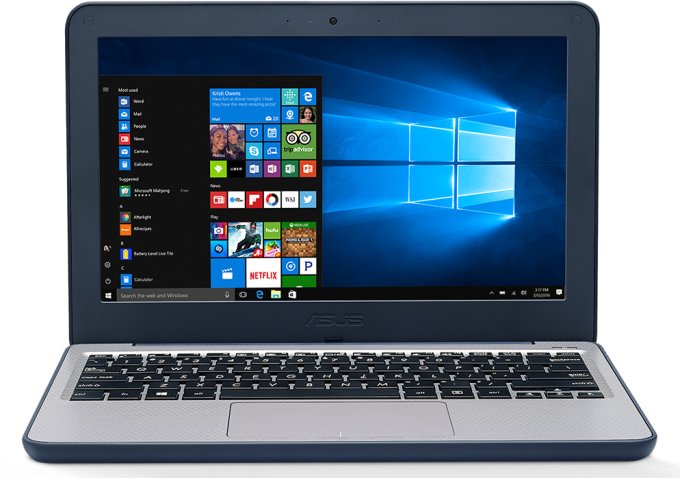 The laptop features an 11.6 inch, 1366 x 768 pixel display with a 180-degree hinge and a semi-rugged design featuring reinforced, rubber-lined edges and corners since the VivoBook W202 is designed for use in classrooms.

The version that ships with Windows 10 S has a list price of $280 and features an Intel Celeron N3350 dual-core Apollo Lake processor, 4GB of RAM, and 64GB of eMMC storage.

Pay $300 and you get the same exact laptop, except it comes with Windows 10 Home rather than S. Of course, you can also pay $50 to upgrade from Windows 10 S to Windows 10 Pro.

There’s also a higher-end version that will ship with Windows 10 Pro pre-installed. It has an Intel Pentium N4200 quad-core processor, 4GB to 8GB of RAM and 64GB to 128GB of eMMC storage. There’s no word on the price or model number for that version yet.