The new Asus Chromebook CX9 (9400) is a 14 inch laptop with a starting weight of less than two pounds, and the Asus Chromebook Flip CX5 (CX5500) is a 15.6 inch convertible with a touchscreen display that weighs in at 4.2 pounds.

Asus also introduced a Chromebook Flip CM5 (CM5500) variant with an AMD Ryzen processor and gaming-inspired design, for some reason.

The notebook has a black magnesium-alloy chassis that measures just 16mm (about 0.63 inches) thick, and the laptop sports a 14 inch, 1920 x 1080 pixel IPS LCD display with support for up to 400 nites of brightness.

Available with 8GB or 16GB of LPDDR4X memory, the laptop has dual M.2 slots for up to 4TB of PCIe NVMe solid state storage.

The laptop also has a fingerprint reader, support for WiFi 6 and Bluetooth 5.1, a 720p webcam with a privacy shutter, a spill-resistant backlit keyboard, and a microphone array.

Available with a choice of Intel Core i3-1115G4, Core i5-1135G7 or Core i7-11165G7 processors, this convertible tablet-style Chromebook has a 15.6 inch full HD touchscreen IPS LCD display with support for pen and finger touch input and a 360-degree hinge. 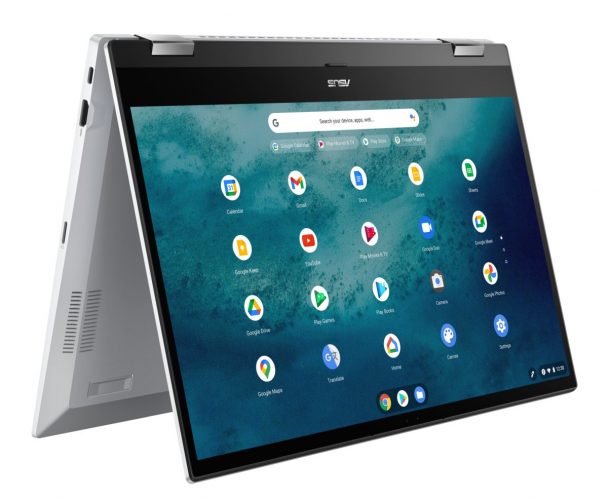 The laptop has a 720p webcam without a privacy shutter, a 51Wh battery and 45W USB-C power supply, a backlit keyboard, and WiFi 6 support.

Rather than an Intel Tiger Lake processor and 51Wh battery, this 4.17 pound convertible laptop has an AMD Ryzen 3000C series processor and a 57Wh battery. 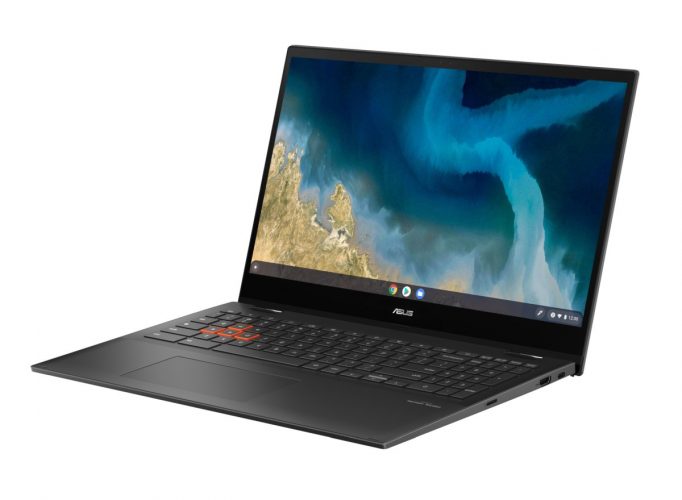 It’s likely to be a cheaper notebook since it only supports up to a Ryzen 5 3500U processor and comes with 4GB, 8GB, or 16GB RAM options and a choice of eMMC or PCIe NVMe storage.

But Asus made the odd design decision to highlight the W, A, S, and D keys in orange as if this were a gaming laptop, which it very much is not.

That said, I suppose you could use it to play Android games downloaded from the Play Store or to stream games from Stadia or GeForce Now.

The Asus Chromebook Flip CM5 has an aluminum lid and comes in a “mineral gray” color with orange power and volume buttons.