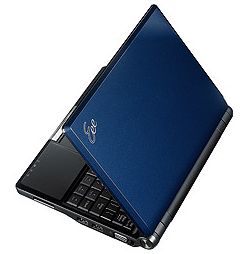 Asus has quietly released a new model in the Eee PC 900 series. The Asus Eee PC 900SD looks a lot like the Eee PC 900. Both have 8.9 inch displays and 900MHz Intel Celeron processors. But the 900SD comes with less storage, and a lower resolution webcam. The Linux version also has just 512MB of RAM, while the Eee PC 900 has 1GB whether you pick up the Linux or Windows XP model.

On an interesting sidenote, Asus is continuing to offer 10 to 20GB of online storage to customers who purchase Eee PCs. But now the company is referring to this as a “hybrid storage” setup since you can store files both on the device and on the web. It sounds like Asus is taking a cue from MSI, which is marketing its MSI Wind U115 netbook as a “hybrid” device since it features both a solid state disk and a hard disk, two different storage devices that are available whether or not your computer is connected to the internet.