Asus now offers Padfones in two sizes. A Padfone is a smartphone that you can slide into a tablet docking station when you want a larger screen and batter. Up until now that’s meant a phone with a screen around 5 inches in size and a 10 inch tablet dock.

Now Asus is also launching a Padfone Mini 4.3 in Taiwan, featuring a smartphone with a 4.3 inch screen and an optional 7 inch tablet dock. 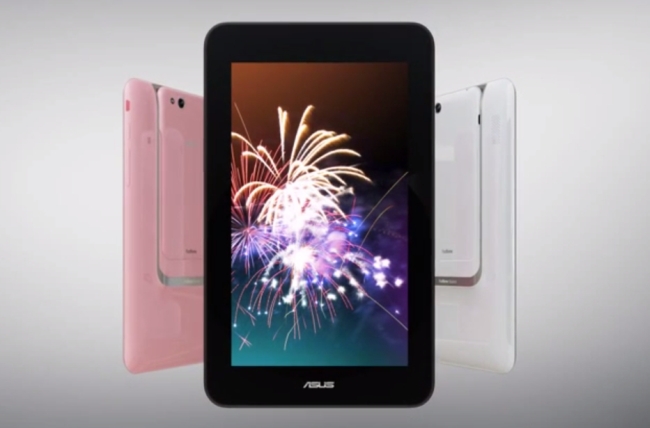 The news isn’t exactly a surprise — details about the Padfone Mini have been leaking for months. But now Asus has confirmed the specs:

The tablet station, meanwhile, has a 7 inch, 1280 x 800 pixel display and a 2200mAh battery of its own. It doesn’t need a processor or memory, because the phone is actually the brains of the operating. The tablet dock basically acts like a magnifying glass and battery extender.

Instead of synchronizing your data between a phone and tablet, the idea is that all of your data’s on your phone — but you can use it like a tablet. That way you don’t have to worry which devices has your saved game data, eBooks or magazines, music, or anything else. It’s all on one device.

It also means that you only have to pay for one data plan for both your phone and your tablet.

While Asus doesn’t officially offer Padfones in the US yet, that could change in 2014. Asus CEO Jerry Shen tells Engadget that the company is working on a Padfone product for a “big operator” in the US. That device could be available by the second quarter of 2014.

Asus also plans to expand its Padfone offerings in other countries across the globe, and may eventually revive the optional keyboard dock — something the company offered with its earliest Padfones, but left out of the latest models. It’s a bit of a niche accessory, since you need to connect your phone to a tablet dock and then hook up a keyboard dock to user your phone as a laptop — but it’s an accessory that could make your phone (and accessories) the only computing device you really need.

The folks at MobileGeeks got a chance to check out the new Padfone Mini, and have a hands-on video: