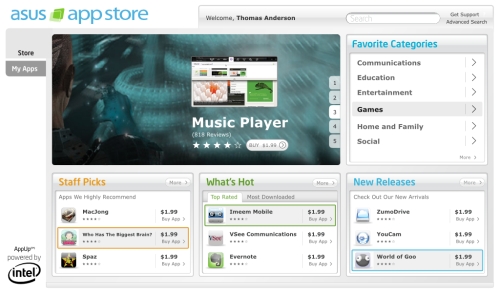 While some folks have taken to referring to this year’s Computex as Tabletex, thanks to the prominence of slate PC-style devices on display at the trade show, it’s not all about tablets. Asus is also showing off a handful of netbooks, and even though we’ve already seen the Asus Eee PC 1018, 1016, and 1015 at trade shows before, the company does have one new trick up its sleeve: An App Store for netbooks.

The Asus App Store is basically a branded version of the Intel AppUp Center. It’s designed as a place where netbook users can go to find software that’s guaranteed to work well on devices with Intel Atom processors and small screens. Asus will preload the App Store software on all Windows netbooks starting in the second half of 2010.

Tucked away int he press release was another juicy tidbit: Asus will also be loading the App Store on netbooks running MeeGo Linux “when it launches in 2011.” So while it’s been a while since Asus released a netbook running Linux, it looks like the company does plan to at least give MeeGo a try next year.

Having taken MeeGo for a test drive recently, I have to say it’s a lot more fun to use than the custom Xandros Linux software that Asus shipped with its earliest netbooks. 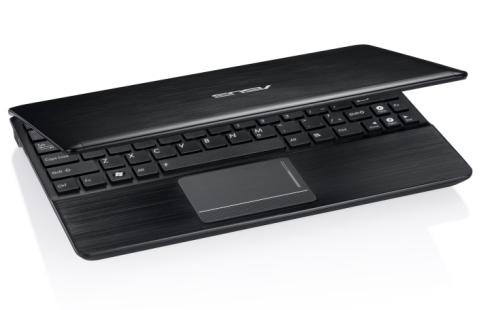