Asus has introduced four new Windows and Android tablets ranging in size from 7 to 12 inches and ranging in price from $399 to $1099. The top of the line Eee Slate EP121 slate holds few surprises at this point. The company has been talking about it for months. The only real news today is that it will ship this month for between $999 and $1099. The rest of the lineup is pretty interesting though.

As expected, the EP121 has a 12.1 inch, 1280 x 800 pixel display and runs Windows 7. It’s powered by an Intel Core i5 dual core CPU and has a capacitive multitouch display plus an active digitizer for stylus input (for handwriting, drawing, or anything else you’d be best off not using a fingertip for). The tablet also supports an external Bluetooth keyboard. 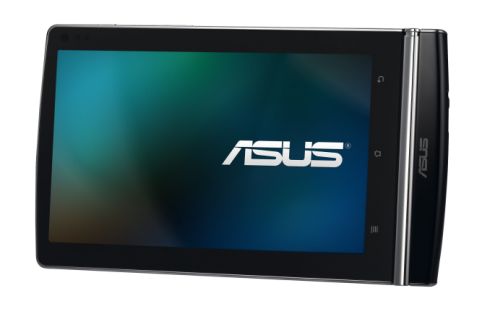 The smallest of the new devices is the Eee Pad MeMo with a 7 inch, 1024 x 600 pixel IPS capacitive touchscreen display and support for handwritten notes with a stylus. This model will run Android Honeycomb and will feature a dual core 1.2GHz Qualcomm Snapdragon processor, and support for 1080p HD video playback. It also includes a Media Phone extender, allowing you to control media playback while the tablet is still in your bag. 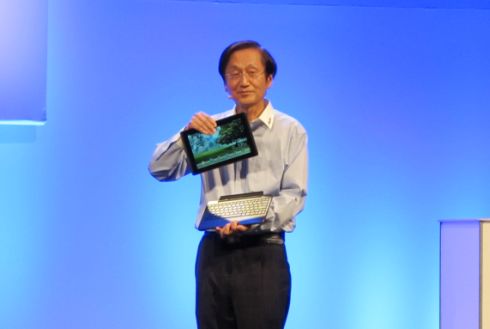 Next up is the Eee Pad Transformer, a 10 inch Android tablet with a detachable keyboard. This model also has an IPS display and will run Honeycomb, but unlike the MeMo, the Transformer will pack a dual core NVIDIA Tegra 2 processor. The tablet has a 1.2MP front-facing camera and a 5MP rear camera. There’s a secondary battery in the docking station which helps provide up to 16 hours of battery life.

The tablet features a 1280 x 800 pixel screen. The Transformer will run $399 to $699 depending on the configuration, making it the (potentially) cheapest of the tablets Asus announced today. It’s due out in April. 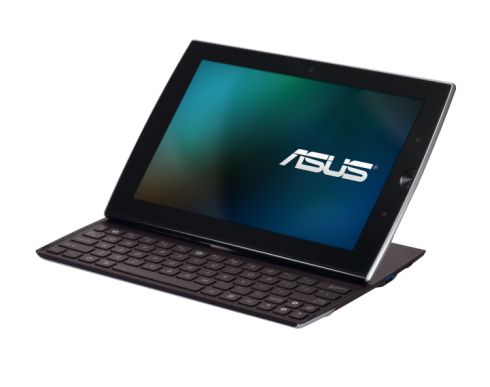 The fourth model is the Eee Slider, which at a glance looks a lot like the transformer — but instead of a detachable keyboard it has a slide-out keyboard that hangs out behind the screen until you need it. Then you can pull it down and forward to set up the computer in a laptop mode for easy text entry.

Like the Transformer, the Slider features an NVIDIA Tegra 2 chip, a 10.1 inch, 1280 x 800 pixel IPS display, front and rear-facing cameras and Android 3.0 Honeycomb. The Slider weighs 2.2 pounds and measures about half an inch thick. It’s due out in May and Asus expects the Slider to sell for $499 to $799.

You can find more images below.