Asus is launching a new small form-factor desktop at Computex this week. It’s called the Asus ProArt PA90, and it’s a computer that looks it takes up about as much space on a desk as an Intel NUC… if you stacked 5 or 6 NUC systems on top of one another.

In fact, it’s the sort of computer that makes me wish we didn’t already called traditional desktops “towers” because this thing really looks more like a tower. 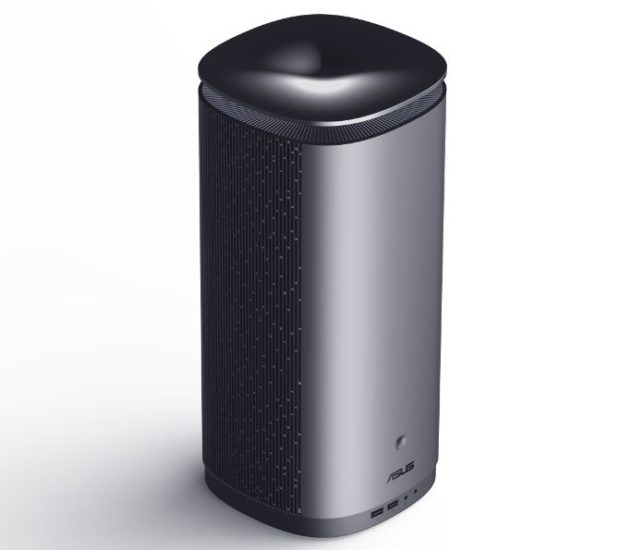 Anyway, under the hood the ProrArt PA90 features an 8th-gen Intel Core processor, NVIDIA Quadro graphics, and support for Intel Optane memory. So it’s not just taller than a typical NUC, it also packs much more power.

Asus says despite the workstation-class hardware, the ProArt PA90 is designed with plenty of ventilation to keep the system from overheating, including an exhaust system with ventilation along every side but the back.

All the ports seem to be on the bottom of the computer, and if I’m not mistaken, there may be a built-in speaker on the top (or maybe just more ventilation).

In fact, the top of the computer reminds me of the HP Pavilion Wave, another smallish computer that looks like a little skyscraper.

via Asus EdgeUp and press release