Asus launched its first laptops with Intel Apollo Lake processors in late 2016. Now the company is adding a few new models to the family, and this time they feature smaller, 11.6 inch displays.

While pricing hasn’t been revealed yet, they’ll probably both be relatively cheap. 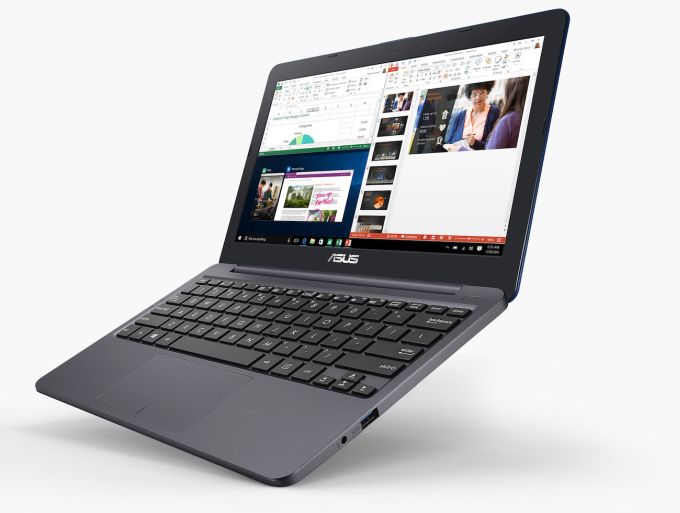 Both laptops have the same basic design and features, but there’s one key difference: the E203NA has eMMC flash storage, while the E203NAH has a hard drive.

But the hard drive model is also a bit thicker and heavier, coming in at 0.82 inches thick and 2.7 pounds, compared with 0.67 inches and 2.2 pounds for the version with flash storage.

Asus says each notebook should be able to get up to 10 hours of battery life, even though the hard drive model has a larger 42 Wh battery, compared with a 38 Whr battery for the thinner, lighter model with eMMC storage.

Interestingly, the Asus website also says the notebooks will be available with either Windows 10 Home or Endless OS, which is an Ubuntu-based GNU/Linux operating system initially designed for use in developing markets.