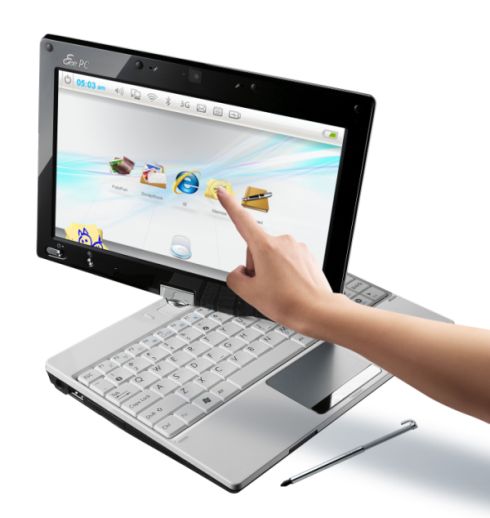 Asus is finally getting ready to unleash its first touchscreen netbook on the public. The company first unveiled the Eee PC T91 at CES in January. But it won’t be in UK stores until late May or early June at the earliest, reports Electric Pig. There’s no word on a launch date or price for the US or other markets, but Electric Pig says the Eee PC T91 will run about £449 in the UK.

That’s about $677 US, but there’s reason to believe the netbook will be cheaper in the United States. First, most computers cost less in the US than the UK. Second, we’ve already seen stores start taking pre-orders for the T91 for closer to $549 (although that pricing was based on guesswork and is subject to change).

The Asus Eee PC T91 features an 8.9 inch, 1024 x 600 pixel touchscreen display that can be folded down over the keyboard for use in tablet mode. It has a 1.33GHz Intel Atom Z520 CPU,  and a 5 hour battery. The netbook will weigh about 2 pounds and run Windows XP and a suite of touch-friendly applications designed by Asus.

You can read more about the Eee PC T91 in the Liliputing Product Database.