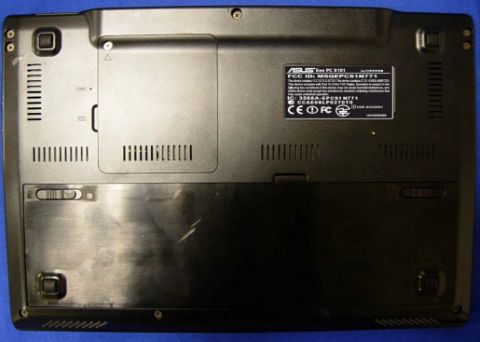 The FCC may not be the best tipster in the world. While almost any device that includes wireless communications has to pass muster with the US regulatory agency, the FCC doesn’t care about things like CPU speed, hard drive capacity, or screen size. So while the FCC web site is often the first to post pictures of upcoming devices, you don’t often find many of the details that end users care about.

Case in point: The FCC has posted some information about the upcoming Asus Eee PC S101. And aside from a halfway decent picture of the bottom of the PC, there’s really not much else to report. We already knew that Asus was working on a high end Eee PC that will likely sell for $699 to $899.

The S101 will reportedly have a 10 inch display, an Intel Atom CPU, and a 32GB or 64GB SSD. But you won’t find any confirmation on those specs from the FCC site. Just a picture of the bottom of the computer, which at least does seem to include several access panels.