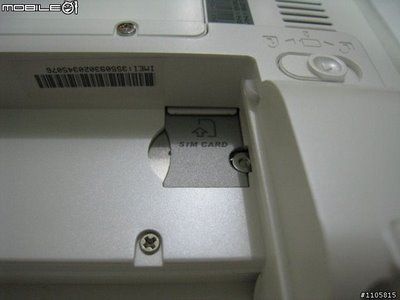 Mobile01 has posted unboxing photos of the Asus Eee PC 901Go. For the most part, this netbook is just another Asus Eee PC 901. It has an 8.9 inch, 1024 x 600 pixel display and a 1.6GHz Intel Atom CPU. But it also has an internal 3.5G HSUPA modem and a SIM card slot hanging out in the battery compartment. In other words, you don’t have to plug in a USB stick or hack this netbook to go online with a cellular data connection.

As jkkmobile points out, it appears that the 16GB of solid state memory does come in the form of two separate SSDs. The operating system is installed on an 8GB SSD while there’s a second 8GB SSD for storage. Typically when Asus includes 2 SSDs, the operating system goes on the faster one. But the company usually makes the faster one just 4GB (so if you have an Asus netbook with 16GB of flash memory, you’d probably have a 4GB SSD and a 12GB SSD). While it looks like one disk might be slower than the other on the 901Go, the faster disk is large enough to hold plenty of files and programs, which is good news.

You can read more about the Asus Eee PC 901Go in the Liliputing Product Database.

Update: Looks like I was wrong about the size of the SSDs that come with the Asus Eee PC 901. See Joshua Ochs comment below for further details. Thanks Joshua!