It’s also the first Asus Eee PC notebook to ship with a full-featured Linux operating system  we’ve seen in a while. 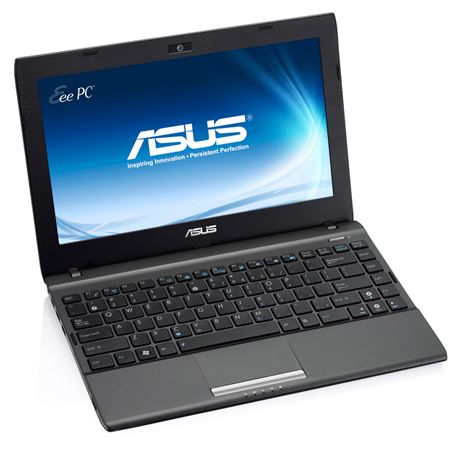 Update: It looks like you can already pick up the Eee PC 1225C in the US. But it’s kind of pricey, coming in at $422 for a model without any operating system at all.

If customers are interested in picking up Eee PCs with Linux, it could help keep the product line alive. While the first netbooks shipped with Linux in 2007 and 2008 as a low cost alternative to Windows, Microsoft has offered discounted Windows XP and Windows 7 licenses to PC makers for the past few years.

Almost every netbook with an Intel Atom processor that’s shipped since 2009 has run Microsoft Windows. But there’s no indication that Microsoft has any plans to offer a low-cost version of Windows 8 for netbooks — which could drive up the price of 10 and 11.6 inch Intel Atom-based computers and potentially kill the product category (if there’s no much difference in price between a netbook and a fuller-featured laptop, not many people will choose the netbook unless they really value portability).

But if customers show they’re willing to buy laptops without Windows, one of two things will happen. Either Asus and other companies will ship more low cost notebooks with Ubuntu or other Linux-based operating systems, or Microsoft will try to corner the market again by offering cheap Windows licenses. Either outcome would be a win for consumers… but there are still a lot of ifs involved.