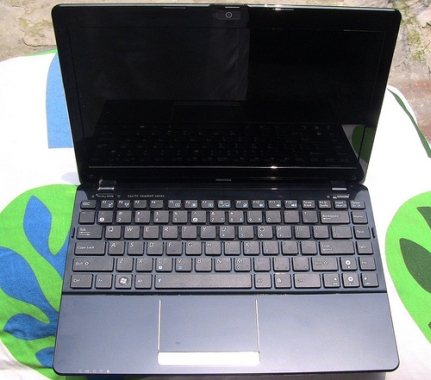 Sure, Intel is expected to introduce a dual core Atom N550 processor built for netbooks any day now. But some folks just don’t want to wait. Take Asus, for example. The company has apparently crammed an Intel Atom D510 dual core processor in its upcoming Asus Eee PC 1215N notebook. The D510 processor is designed for desktop computers, rather than netbooks, an the 1215N is one of the first laptops to use the chipset.

The laptop has a 12.1 inch, 1366 x 768 pixel HD display, HDMI and VGA output, 3 USB 3.0 ports, and a flash card connection. It will also be one of the first laptops to feature NVIDIA’s Optimus technology, which will support automatic switching between the NVDIA ION graphics and the integrated Intel GMA 3150 graphics, depending on the task you’re performing. If you need higher performance graphics, it will kick in. If you don’t, the computer will use the lower power integrated graphics to help prolong battery life.

The folks at Netbook News.de snagged some hands on time with the Eee PC 1215N recently. It’s possible that while the pre-production sample uses the Atom D510 processor the final version could swap it for an Atom 550 chip once Intel officially launches that version. But really, anything’s possible at this point.