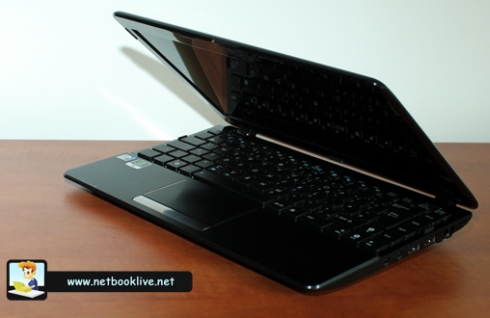 The Asus Eee PC 1215N is about as powerful as any Intel Atom powered notebook can hope to be. It has a dual core Atom D525 processor and NVIDIA ION 2 graphics, which means it should be able to support multitasking duties as well as HD video playback. You can also get in some 3D video gaming while you’re at it.

The Eee PC 1215N isn’t shipping yet, but the folks at Netbook Live managed to get their hands on a pre-release unit and they’ve posted a detailed review of the laptop.

For the most part, the new notebook looks like previous 12 inch Eee PC models, but apparently the Eee PC 1215N has a matte case instead of a glossy one. The reviewer also seemed pretty impressed with the notebook’s multitasking capabilities thanks to its dual core processor with support for hyperthreading (which means you’ll actually see 3 CPU meters in the Windows Task Manager. The computer also did a good job of automaticlaly switching between integrated Intel graphics and the higher performance NVIDIA ION graphics card as needed.

You can find more details, as well as some additional benchmark results at Netbook Live.