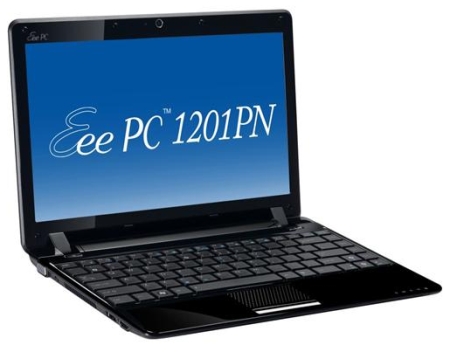 The Asus Eee PC 1201PN is the first of several 12 inch laptops from Asus that will succeed the company’s Eee PC 1201N. And it looks like you should be able to pick one up for about $499. ExcaliberPC is now taking pre-orders for the Eee PC 1201PN, with an estimated ship date of June 11.

What’s not entirely clear at the moment is whether the laptop will feature NVIDIA Optimus technology for automatically shifting between integrated and dedicated graphics depending on what you’re doing with your PC. We’d heard that this model would ship without that feature enabled, but I’ve heard some inklings that a demo unit on display at Computex last week had Optimus capabilities.