When Asus rolled out its new line of netbooks in January, the company didn’t just introduce its first mini-laptops with Intel Atom Cedar Trail processors. The company also unveiled a new product design for its Eee PC laptops that drops the old “seashell” case design and replaces it with a “flare” design.

But the company is also updating some of its older netbooks with Cedar Trail chips, so you can have your Seashell and your Cedar too. 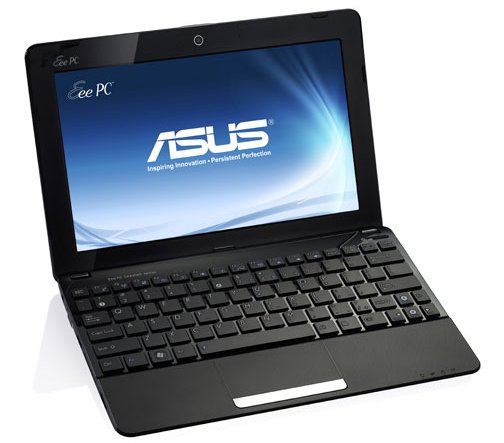 For the last few years Asus netbooks have followed a seashell-inspired design, which is another way of saying with the lid closed they were thin and pointy near the front, thicker at the rear, but with a rounded edge.

The new flare-style models such as the Eee PC 1025C and Eee PC 1025CE have a similar shape, but they also have a recessed keyboard area so that both the palm rest and the area above the keyboard are higher than the keys. Yeah, it’s not a dramatic change, but that’s basically the difference.

The Eee PC 1011CX is sort of a combination of the two styles, with a raised palm rest, but no raised area above the keyboard.

But what makes the netbook most interesting is that it basically takes a design used for last year’s Eee PC 1011PX and swaps out the Intel Atom N455/N570 Pine Trail processor for a new 1.6 GHz Atom N2600 Cedar Trail chip.

The change should lead to a slight performance boost while reducing energy consumption. Interestingly, Asus says both the Eee PC 1011PX and 1001CX should get up to 11 hours of run time. The difference is that last year’s model did that with a 56Whr battery while the new netbook uses a 48Whr battery.

Asus says the mini-laptop will be available with 1GB to 2GB of RAM and either a 320GB or 500GB hard drive. It ships standard with 802.11b/g/n WiFi, while Bluetooth 3.0 is available on some models.

ExcaliberPC is taking pre-orders for a $259 model with 2GB of RAM and a 320GB hard drive, but no operating system.