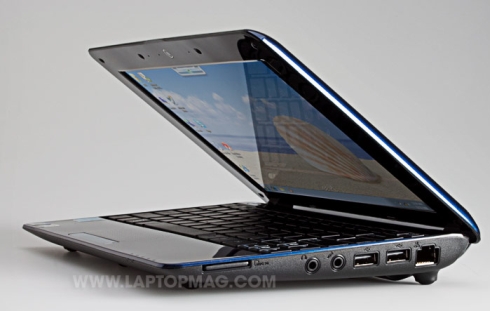 Now that Intel has launched its Intel Atom Pine Trail platform, prepare to be inundated by reviews of netbooks sporting the new processor and chipset. The first to make the rounds is the new Asus Eee PC 1005PE, a slightly updated version of the popular Asus Eee CP 1005HA 10 inch notebook.

I’ve rounded up half a dozen reviews of this new netbook that hit the web last night. As expected, these reviews are as much about the new chipset as the new computer, although we’ll probably have to wait for a few more models to be released before we can start writing lines like “performance is pretty much what you’d expect from a netbook with an Atom N450 processor.” As many have pointed out, I probably could have saved a lot of time over the past year and a half if I’d written a macro that would spit out a line like that for the Atom N270 CPU.

The Asus Eee PC 1005PE has a base price of $379 and it’s expected to begin shipping in the US in early January. For the most part, it sounds like the biggest advantage it has over the existing Eee PC 1005HA is improved battery life. While Asus claims the notebook will run for up to 14 hours, real-world tests show you’re more likely to get 10 to 12 hours. That’s still pretty impressive though.

If you were expecting improved HD video playback or a significantly faster processor, you’re not going to find it here. Still, it doesn’t look like you’ll lose any performance, and you will pick up a bit of battery life. If you already have an Asus Eee PC 1005HA, there’s little reason to upgrade. But if you’re in the market for a new machine, the 1005PE looks like  good option.

Here’s a rundown of the computer’s specs: