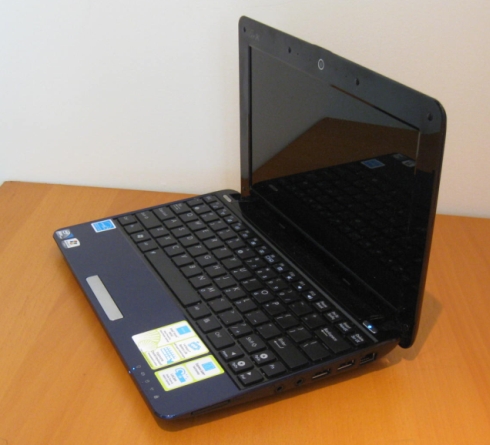 Asus has been pumping out netbooks for longer than anyone. And in a lot of ways, the Asus Eee PC 1005PE is just an incremental update over previous models. The laptop still has a 10 inch screen, chiclet-style keyboard and Intel Atom processor. But as the first Eee PC with an Atom N450 Pine Trail CPU, the Eee PC 1005PE represents the biggest change in the Eee PC line since the jump from 7 inch screens to 9 and 10 inch models in 2008.

Fortunately, Asus got a lot of things right in the latest update. The laptop is thin and light, and while it gets stellar battery life, the battery doesn’t jut too far out from the bottom of the laptop. The keyboard is very easy to use, and the textured touchpad supports multitouch gestures.

As for the new processor, it’s a mixed bag. It doesn’t offer much of a performance boost, and the PC actually feels like it might be slower at some tasks than one with an Atom N270 or N280 processor. But Intel’s goal wasn’t so much to boost performance with the new CPU, but to improve power consumption. And the Asus Eee PC 1005PE gets the kind of battery life that will let you use your laptop on a cross-country trip from New York to LA… twice.

The Asus Eee PC 1005PE measures 10.2″ x 6.9″ x 1.4″ and weighs about 2.8 pounds. It’s almost exactly the same size and shape as its predecessor, the Eee PC 1005HA. The primary physical difference is that the new model has an updated chiclet-style keyboard with more space between the keys.

Along the sides of the laptop you’ll find 3 USB ports, a VGA port, Ethernet jack, and mic and headphone jacks. There’s also an SDHC card slot.

The 10.1 inch display is reasonably bright. It features a glossy finish, which looks fairly decent in  a dimly lit room. But the screen has a tendency to turn into a mirror in direct sunlight. 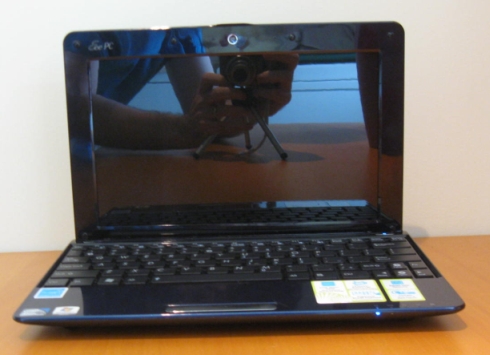 The laptop is available in several colors. The review unit I received is blue, but you can also find the Eee PC 1005PE in black or white. All three models feature a shiny finish, which is attractive enough until you start to notice your fingerprints all over the lid. 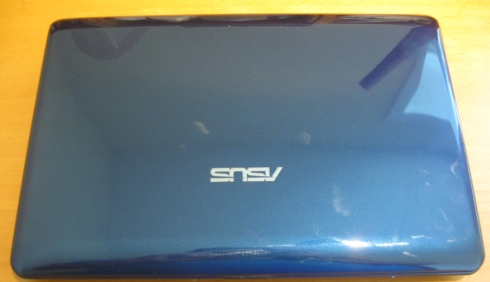 Like the Asus Eee PC 1005HA, the Eee PC 1005PE is designed so that the 6 cell battery doesn’t take up a lot of space on the bottom of the unit. While some netbook batteries are awkwardly placed to resemble cancerous growths out of the back or bottom of a laptop, the Eee PC 1005PE battery is just a small round bump that gives the back of the laptop a little bit of elevation when placed on a table. 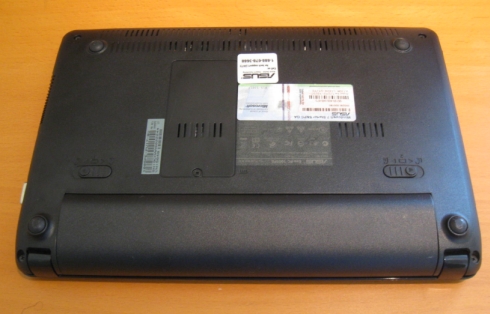 On the base of the unit you’ll find a single access panel for upgrading the RAM.

I’m a fan of chiclet-style keyboards for small laptops like the 10 inch Eee PC 1005PE. While the keyboard isn’t quite full size, the chiclet arrangement allows each key to have a decent amount of surface space while still leaving space between keys so that your fingers won’t accidentally slip onto an adjacent key. 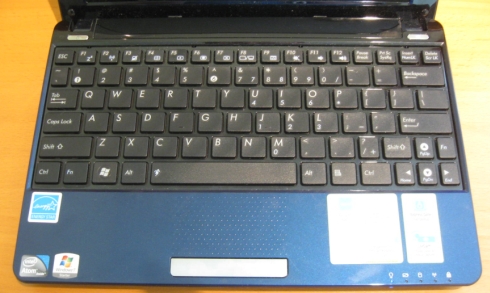 I took a typing test using the keyboard and notched a score of 96 words per minute, which is about as high as I can get on any keyboard. Your results may vary.

A number of keys serve multiple purposes. For example, hitting the Fn key plus the F5 or F6 buttons will adjust the display brightness. Fn + the right arrow key = End, while the left arrow key does double duty as a Home key. 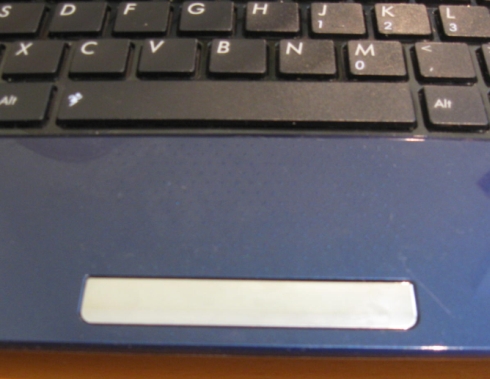 The touchpad is flush with the palm rest area of the laptop, but features a bumpy surface which makes it easy to detect the edges. Because the touchpad supports multitouch gestures such a pinching to zoom in some applications, or two-finger scrolling in most applications, it’s not really that important to be able to detect the edge of the touch area. I don’t miss searching for just the right spot to move my finger up and down to initiate a scrolling action.

Underneath the touchpad is a single large button with a rocker in the middle. It’s not that hard to register a left or right click, but I generally prefer two individual buttons. 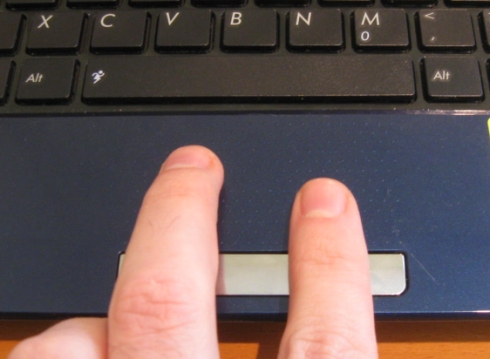 The touchpad supports multitouch gestures such as placing two fingers on the pad and dragging up or down to scroll or pinching to zoom.

Above the keyboard there are essentially two power buttons. Press the one on the right side and Windows 7 boots up. Hit the one on the left, and you’ll boot into the Splashtop quick-boot environment that lets you launch a web browser, Skype, or a handful of other applications without waiting for Windows to load.

The Asus Eee PC 1005PE is the first laptop I’ve tested that has Intel’s new Atom N450 Pine Trail processor and GMA 3150 graphics. In a nutshell, the performance is almost exactly what you would expect from a netbook with an Atom N270 or N280 processor and GMA 950 graphics. In other words, the Eee PC 1005PE isn’t significantly faster than any other netbook that’s been released over the past year or two.

What is different is that Intel has combined the graphics, memory, and CPU functions onto a single chip. And that helps reduce energy consumption and increase battery life — without sacrificing performance.

I ran my standard raft of benchmarks, and found that while the Asus Eee PC 1005PE outperforms an Atom N280-based system in some respects, it’s a tiny bit slower in others. Basically, I’d say things are about a wash.

The chart below shows compares the results for this notebook with those for an Asus Eee PC 1008HA, a similar netbook with an Atom N280 CPU, GMA 950 graphics, and Windows 7 Starter Edition. 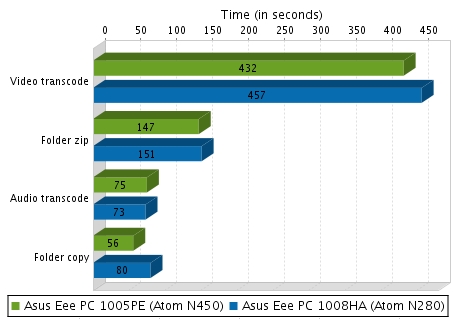 The tests involve transcoding a 4:34 video using VirtualDub, a 13:24 audio clip using WinLAME, and copying and zipping the contents of a 478MB folder containing 2186 files.

I’ve also added a few new tests to my routine, including timing how long it takes to open two of the slowest-loading program I use on a regular basis: GIMP and OpenOffice.org. Unfortunately I never got around to running this test on the Asus Eee PC 1008HA, but I did grab a stopwatch and time the HP Mini 311, which features a 1.6GHz Intel Atom N270 CPU. Here’s how the Asus Eee PC 1005PE stacks up against that notebook. 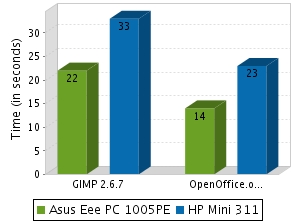 The Asus netbook sort of wiped the floor with the HP model here, but it’s probably worth pointing out that I found the Mini 311 to be overall pretty sluggish for an Atom powered netbook, possibly due to its high resolution display. Of course, the HP Mini 311 also has NVIDIA ION graphics, which give it a huge performance boost when it comes to playing HD video, 3D video games, or performing other tasks that take advantage of NVIDIA’s CUDA technology.

The netbook was able to handle smooth playback of a 720p HD video I grabbed from the Windows Media HD Showcase, although CPU usage was stuck at around 90% or higher throughout the clip. 1080p HD video was another story. While the sample video started playing smoothly, after a few seconds the audio and video were out of sync, and about 10 seconds into the clip the movie turned into a slideshow.

HD Flash video is out of the question, since there’s no Adobe Flash acceleration for the integrated GMA 3150 graphics. But standard definition Flash videos looked good in both windowed and full screen modes.

Overall, the netbook has plenty of power to handle day to day tasks such as surfing the web or editing documents. But you shouldn’t expect miracles. It’s not going to play Call of Duty 4. The PC also felt a bit sluggish with some Javascript-heavy pages such as Google Reader.

Asus describes the 63Whr battery that comes with this version of the Asus Eee PC 1005PE as a “14 hour” battery. It’s not. But it’s easily a 10+ hour battery.

In fact, I’ve had a pretty difficult time getting this battery to die. Rather than run specific, unrealistic battery benchmarks, I’ve taken to turning on a netbook at the start of a work day, using it for web surfing, some light viewing of online videos, and other tasks throughout the day until the battery dies. This one just doesn’t. 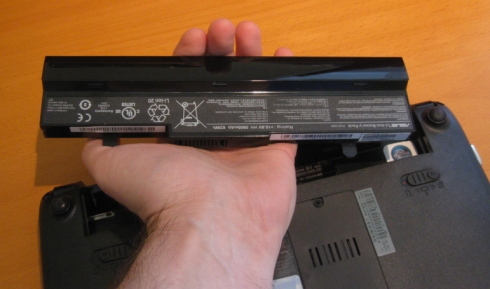 After using the laptop for about 7 hours one day, Windows reported that it had about 3 hours left to go.

Asus also loads up the Eee PC 1005PE with its Super Hybrid Engine utility which lets you adjust the processor clock speed. If you need a bit of a performance boost, you can use the High Performance or Super Performance modes, which run the Atom N450 processor at full speed or at a slightly overclocked speed. If you want to squeeze even more battery life out of the computer, you can switch to Power Saving mode, which underclocks the CPU. You’ll take a bit of a performance hit, but as long as you’re not watching video, you probably won’t notice much difference.

Like most netbooks on the market today, the Asus Eee PC 1005PE ships with Windows 7 Starter Edition. This means you get many of the benefits of Windows 7 including the new and improved start menu and taskbar and the ability to resize windows by dragging them to the left or right edge of your display. But as the cheapest version of Windows 7, Starter Edition lacks some functionality, such as the ability to change your desktop background.

Asus also loads up the Eee PC 1005PE with its standard compliment of netbook software. Most of these applications I could live without. I see absolutely no use for the Eee Dock, for instance, which lets you access Eee PC utilities all in one place by scrolling over the top of your screen. That’s what the Windows Start Menu is for.

But the most useful application Asus installs on all of its netbooks is the Super Hybrid Engine, which allows you to overclock or underclock the CPU depending on whether you need to improve performance or battery life. You can also leave it on auto mode so that the utility will underclock the CPU while you’re on battery power and run at full speed when plugged in.

If you have an Asus Eee PC 1005HA or 1008HA and you’re looking for a reason to upgrade to the latest model, there’s only one here: The Asus Eee PC 1005PE gets spectacular battery life. Performance-wise, it functions like virtually every other netbook that’s been released since mid-2008. 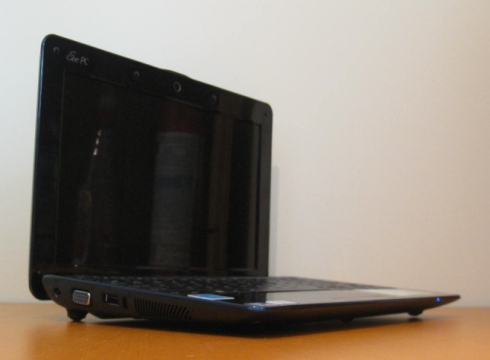 That said, if you’re in the market for a new netbook, the Eee PC 1005PE is a strong contender. It has an excellent keyboard and touchpad, a slim and attractive design, and it offers decent performance for an Intel Atom powered netbook. The sub-$370 price tag doesn’t hurt either.

The mdoel featured in this review is the Eee PC 1005-PE-PU17. There’s also a cheaper version called the Eee PC 1005PE-MU17 which comes with a lower capacity battery and lacks Bluetooth. You can pick up that model from Amazon for about $331