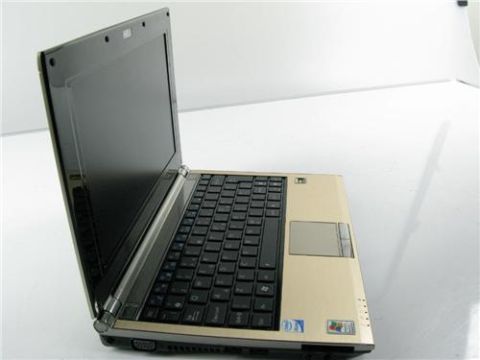 The official line from Asus is that the upcoming Eee PC 1004DN (you know, the first Eee PC with an optical disc drive), won’t be released in the US. Instead it will be made available in Asia and other markets first. But a recent FCC filing makes me suspect Asus is at least thinking about bringing the 1004DN stateside.

In the meantime, PC Authority in Australia is one of the first news organizations to get its hands on this new mini-laptop. In a pre-review article, PC Authority says the Eee PC 1004DN has a good keyboard, a touchpad that’s less responsive than those found on many other netbooks, and a professional looking chassis (in addition to a fingerprint scanner, ExpressCard slot, DVD drive, and other goodies).

But the biggest news is the price. PC Authority has the first price I’ve seen for a netbook so far. And the news isn’t great for those of you who had been hoping Asus would offer this netbook dirt cheap. The suggested retail prices is $1300 AUD, which is about $991 US. Before y0u give up on the 1004DN though, you should know that computers generally cost more in Australia. For instance, the Asus Eee PC 1000HE first launched in the US for $374, while it cost $899 AUD, or the equivalent of about $637 US.

If Asus follows a similar pricing scheme with the 1004DN, it could sell for $600 or less if and when it hits the US. That might be a lot of money for a typical netbook, but the Eee PC 1004DN isn’t exactly a typical netbook.