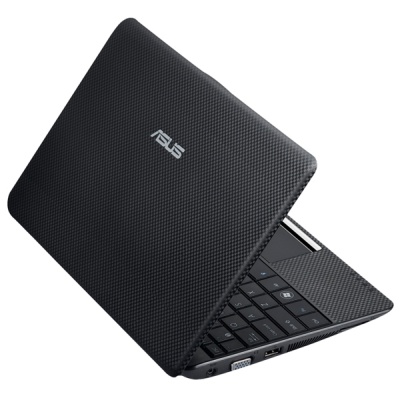 While Asus had a few AMD powered mini-laptops on hand at CES in January, the company hasn’t really shown off any new Intel Atom powered netbooks so far this year. Sure, you could make the Eee PC Sirocco is new… but you could also make the case that it’s just the same Eee PC 1015PW that was introduced last year.

We’ll probably have to wait until Intel’s next-generation Oak Trail and Cedar Trail chips are available before we see anything really new. But Notebook Italia did spot a new version of one of the cheapest and most popular Asus netbooks. The Eee PC 1001PX will get a modest spec bump at the CeBIT trade show next month.

Does the Atom N455 processor and support for DDR3 memory make a big difference? Not really. But odds are that Asus will phase out the Eee PC 1001PX and replace it with the new model for a similar price in the coming months.