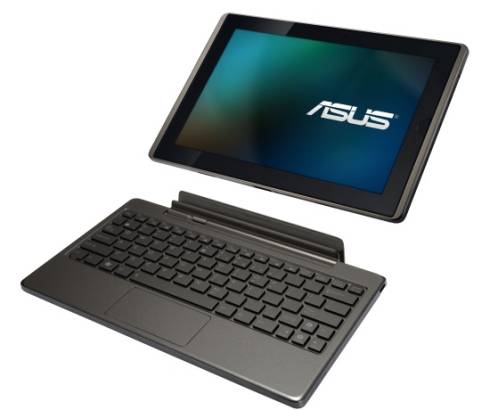 Sure, Asus has started promoting its upcoming Eee Pad Transformer Prime, but that doesn’t mean the company is forgetting about the first-generation Transformer tablet. Asus posted a message on Twitter confirming that the original Transformer will eventually get a software update bringing Google Android 4.0 Ice Cream Sandwich to the tablet.

Ice Cream Sandwich is designed to run on phones and tablets, and while the operating system looks a lot like the Android 3.2 Honeycomb software that’s already available for the Transformer, there are a number of new features and improvements. Here are a few of the highlights:

There’s no word on when the Asus Eee Pad Transformer will get Ice Cream Sandwich. But it’s good to know that Asus will continue to support the popular tablet.

The Transformer features a 1 GHz NVIDIA Tegra 2 dual core processor and 10 inch, 1280 x 800 pixel display. There’s also an optional laptop docking station which allows you to extend the Transformer’s battery life while typing on the tablet as if it were a laptop.