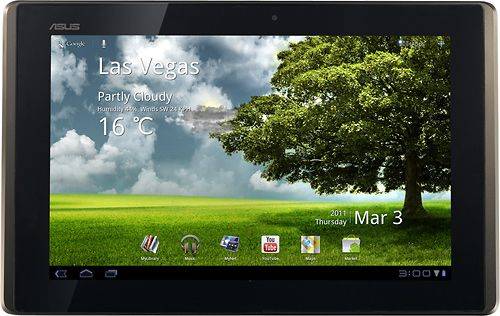 Motorola may be the first company to push out an Android 3.2 software update for its tablet, but it won’t be the last. Asus has announced it’s already testing Android 3.2 for the Eee Pad Transformer tablet and hopes to release the update to the public soon.

Google Android 3.2 is designed to run on tablet with multiple screen sizes. While most earlier tablets running Android 3.0 and up had 10.1 inch, 1280 x 800 pixel displays, the latest version of the operating system will support devices with 7 inch screens as well.

That doesn’t really affect the Eee Pad Transformer or Motorola XOOM, but the software update will also bring a new feature that will allow apps that are designed for smartphones to look better on tablets, as well as other minor tweaks and bug fixes.

One reply on “Asus Eee Pad Transformer could be the next tablet to get Android 3.2”