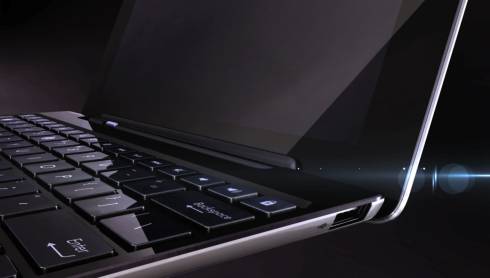 Asus is starting to show off its next-generation Eee Pad Transformer tablet. The original Transformer has proven to be one of the most popular Android tablets due to a combination of low price and versatility. The tablet starts at just $399, and customers can pick up an optional keyboard docking station that extends battery life, adds extra ports, and lets you use the tablet like a laptop.

So what’s in store for the Transformer 2? Honestly, we don’t know — but we’ve been hearing rumors for a while. And now Asus has put out a teaser video which gives us a first, albeit brief, glimpse at the new tablet.

If you trust the video, it looks like the tablet and keyboard will both be thinner, there will be an LED flash on the rear-facing camera, and the keyboard has a new look.

There’s a rumor going around that the new tablet will also have NVIDIA Kal-El quad-core processor, but that hasn’t been confirmed. Interestingly there’s a new Kal-El demo video making the rounds this week as well.

It shows an imaginary tablet with a transparent bezel. But the video shows off some of what the Kal-El chipset can do including gaming, HD video, HDMI output, and multitasking. The video also shows how easy it is to ignore your friends, family and real-world surroundings when you’re engrossed in using your tablet.

There’s no word on the launch date or price for the next-generation Asus Eee Pad Transformer.