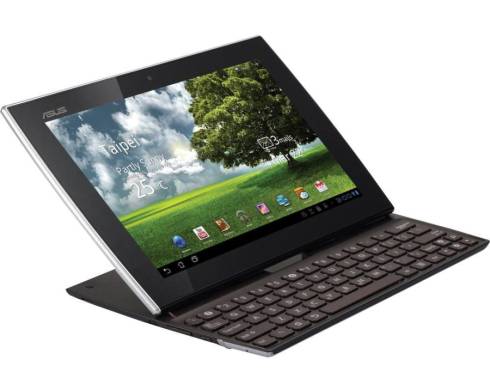 The Asus Eee Pad Slider is finally available for pre-order in the US, with a starting price of $479. That makes this tablet with a built-in, slide-out keyboard about $80 more expensive than the Eee Pad Transformer tablet, but about $20 less than an entry-level Apple iPad 2.

On paper, the two tablets have nearly identical specs, including a 10.1 inch, 1280 x 800 pixel IPS display, a 1 GHz NVIDIA Tegra 2 dual core processor, and Google Android 3.2 operating system. The key difference is that Asus sells an optional keyboard accessory for the Transformer that transforms the tablet into a sort of Android laptop for $150, while the Slider has a keyboard built into the device.

But while the Transformer keyboard dock has a trackpad and an independent battery, the Slider keyboard is just a keyboard.

Update: It looks like Amazon has removed the product listing, but ExcaliberPC is offering the same prices for the 16GB and 32GB models.