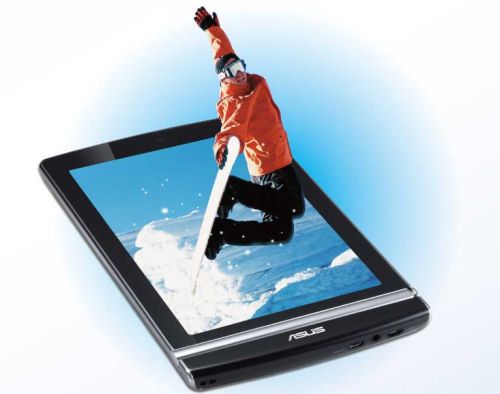 While the Eee Pad MeMO tablet Asus is showing off at Computex this week looks an awful lot like the 7 inch tablet Asus first introduced at CES in January, the company has made one major change: The MeMO now features a glasses-free 3D IPS display.

When Asus introduced the tablet earlier this year, it was already pretty unique thanks to a few unusual features. For instance, the tablet has a capacitive touchscreen display for finger input. But it also comes with a stylus with a rubbery tip which you can use for pressure sensitive input (although it’s not as precise as using a digital pen with the HTC Flyer or another tablet with an active digitizer). Asus is also bundling a “MeMIC” Bluetooth hands-free headset for listening to music or making phone calls using the tablet.

The new features is the 3D display which only works in landscape mode. Asus is also giving the tablet a new name. It’s not just the MeMO anymore… now it’s the Asus Eee Pad MeMO 3D. That suggests that there may be a cheaper version available without the 3D display. Or maybe Asus just wants to throw the buzzword in the title.

The tablet will run Google Android Honeycomb when it launches later this year, and Engadget reports the MeMO 3D will have a 1280 x 800 pixel display.

What do you think? Is 3D a gimmick or a feature you’re looking for in a 7 inch tablet? What about the stylus… or Bluetooth headset?