Earlier this year Asus introduced a tiny desktop computer called the Eee Box EB1037, featuring a low-power Intel Celeron J1900 processor, NVIDIA GeForce 820M graphics, support for up to 8GB of RAM, and up to 1TB of storage.

That system still isn’t available for purchase yet, but its little sibling is. You can now buy the Asus Eee Box EB1036 with a J1900 processor and Intel HD graphics.

Newegg is selling the slim desktop computer for $339, and Beach Audio has systems for as little as $275… although the specs for the cheapest model are a little vague. 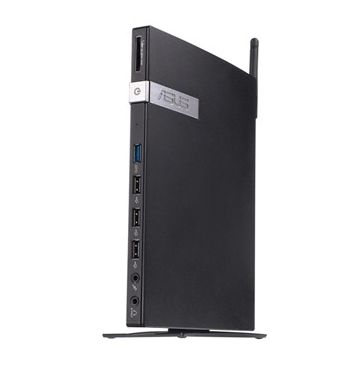 Like other members of the Bay Trail family, this is a low-power chip. But with a 10W TDP, it uses about twice as much power as a Bay Trail chip designed for tablets.

In other words, this is a chip designed for low-cost, low-power desktops like the Eee Box EB1036. You could use this system as a simple PC for home use or set it up as a media center. It could also be used as a thin client system or the basis of a point-of-sales or kiosk system.