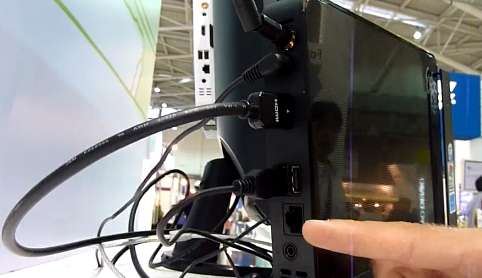 The EB1006 also has an HDMI output and comes with a keyboard, mouse, and wireless remote control.

No word on pricing or availability yet. Update: The video is from nDevil, and apparently the EB1006 is due out in Europe in late June or early July for about 400 Euros, which is about $555 US. There will also be an NVIDIA ION version available soon, which basically means it’ll sport an NVIDIA graphics card instead of ATI graphics.

You can watch a short video after the break. It’ll make a little more sense if you speak German.