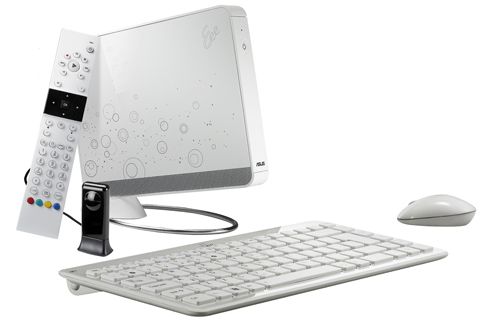 Could the next revolution in desktop computers be tiny, low power machines with dedicated graphics processors? Over the last two years netbooks have demonstrated that you don’t need a big, heavy laptop to do most every day computing tasks. But people often want a bit more from a desktop computer, including the ability to handle high quality video playback and maybe some video games.

Acer is expected to launch the AspireRevo nettop soon. It’s the first computer to use the NVIDIA Ion platform which bundles a low power Atom CPU with an NVIDIA GeForce 9400M graphics processor. But before Acer even announced the AspireRevo, Asus started work on the Eee Box B208, a tiny desktop computer with an ATI Radeon HD 4350 4530 graphics card with 256MB of video memory, an HDMI output, and other multimedia features.

Several sources are now reporting that the Eee Box B208 could be available as soon as this June. The B208 isn’t the first Eee Box nettop (tiny desktop) computer from Asus. But it will be the first to feature a dual core Intel Atom 330 CPU and dedicated graphics. It will also ship wotj a hard drive between 160GB and 320GB, 802.11b/g/n WiFi, a remote control, and a choice of Windows Vista Home Basic or Windows Vista Business.

There’s no word on pricing yet.