Asus is making a habit of introducing low-cost Android tablets. Now there’s evidence suggesting the company’s next model will feature a low-power Intel Atom processor instead of an ARM-based chip.

Bulgarian website tablet.bg has posted specs for an upcoming Asus ME371MG tablet, along with a picture of what’s allegedly the back of that tablet. 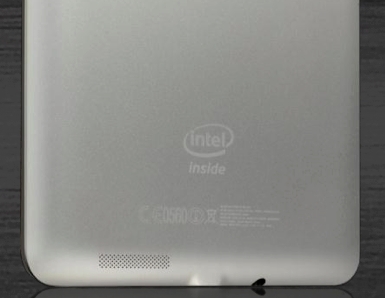 Hints that a new tablet called the Asus FonePad K004/ME371MG was in the works have been making the rounds for a few days. If the post at tablet.bg is correct, it will be a 7 inch tablet with a 1280 x 800 pixel display, 1GB of RAM, and an Intel Atom Z2420 processor with PowerVR SGX540 graphics.

Intel’s Z2420 chip is designed for entry-level smartphones, so it’s not exactly a top tier processor. But it’s a 1.2 GHz x86 chip with support for hyperthreading and 1080p HD video playback and encoding.

Tablet.bg also reports that the upcoming Asus tablet will be available with up to 32GB of storage, a microSD card slot, a 4270mAh battery for up to 9.5 hours of battery life, and Android 4.1 software. It reportedly measures 0.4 inches thick and weighs 12 ounces.

The Asus Nexus 7 tablet is one of the most popular Android tablets around, thanks largely to its $199 price tag and a partnership with Google to sell it as a Google Nexus device.

Last month the company introduced an even cheaper tablet, the MeMO Pad ME172V. It’s a $149 tablet that will launch first in developing markets, but which should be available in the US in April. It has a 7 inch, 1024 x 600 pixel display and a 1 GHz VIA WM8950 processor with Mali 400 graphics.

According to tablet.bg, the Asus ME371MG tablet with an Atom processor will go on sale during the second quarter of 2013. Pricing hasn’t yet been unveiled.

9 replies on “Asus could be working on a cheap, Intel-powered Android tablet”