A few months after launching its first gaming Chromebook, Asus it introducing a next-gen model steps up its game a bit with an upgraded processor, faster wireless, and updated keyboard, among other improvements.

The Asus Chromebook Vibe C34 Flip is also smaller and more versatile – it has a 14 inch display and comes with a USI stylus for writing or drawing. 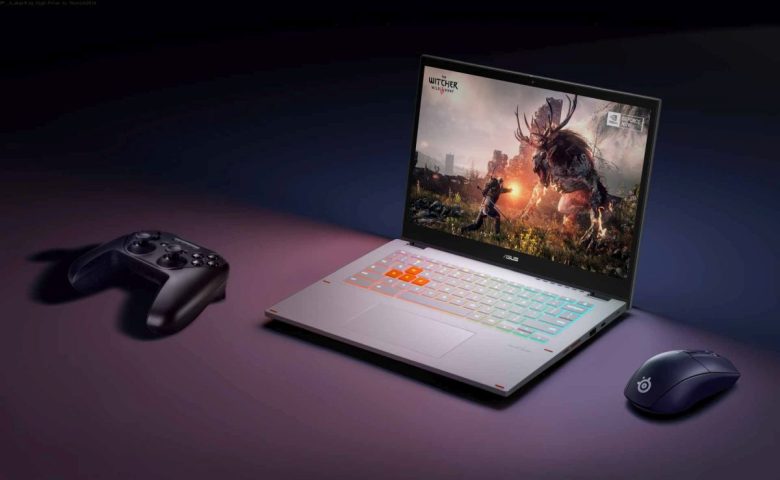 Like most gaming Chromebooks, the Vibe C34 Flip features integrated graphics rather than a discrete GPU. While the Intel Iris Xe graphics should be good enough to handle Android gaming and maybe even some PC games if you install Steam, Google and its PC partners are really pushing the cloud gaming aspect by advertising systems like this as compatible with game streaming services like Amazon’s Luna and NVIDIA’s GeForce Now. 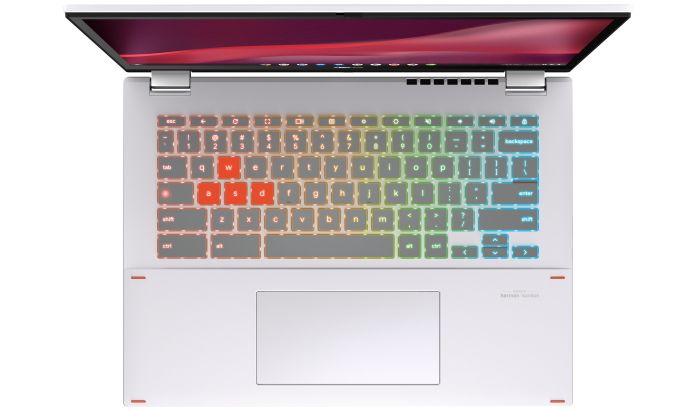 Theoretically you could use any Chromebook (or Windows, Mac, or Linux laptop) for cloud gaming, but this model has a high-quality display, speedy wireless (thanks to support for WiFi 6E), and a spill-resistant keyboard featuring 4-zone RGB backlighting effects. The W, A, S, and D keys are also orange, helping them stand out in case you forgot where they are, I guess.

Other features include support for up to 16GB of LPDDR4x-4266 memory, up to a 512GB PCIe 3.0 SSD, a 720p webcam with a privacy shutter, a 360 degree hinge that allows you to flip between laptop and tablet mode, and a set of ports that includes: 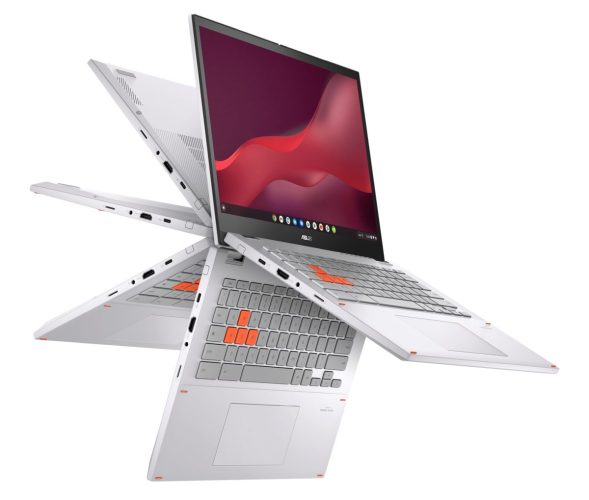 The laptop measures about 0.8 inches thick, weighs just under 4 pounds, and has a 63 Wh battery. There’s a slot in the chassis for storing the USI stylus when you’re not using it.

Asus hasn’t announced pricing yet, but the company says its new gaming Chromebook will be available later in the first quarter of 2023.