With a starting price of $800, the new Asus Chromebook Flip C436 is one of the most expensive Chrome OS laptops set to launch this year. But it’s also one of the most powerful and versatile.

In fact, if you just looked at the hardware and not the software, you could easily mistake this 14 inch convertible notebook for a decent Windows laptop. It has a magnesium-alloy body, quad speakers, a full HD touchscreen display, a backlit keyboard, NVMe storage, a fingerprint reader and 10th-gen Intel Core “Comet Lake” U-series processor.

But this 2.6 pound convertible notebook ships with Google’s Chrome OS rather than Windows. And that might help explain why, among other things, the entry-level model has just 128GB of storage.

First announced in January, the Asus Chromebook Flip C436 is now available for purchase from the Asus Store and Amazon. 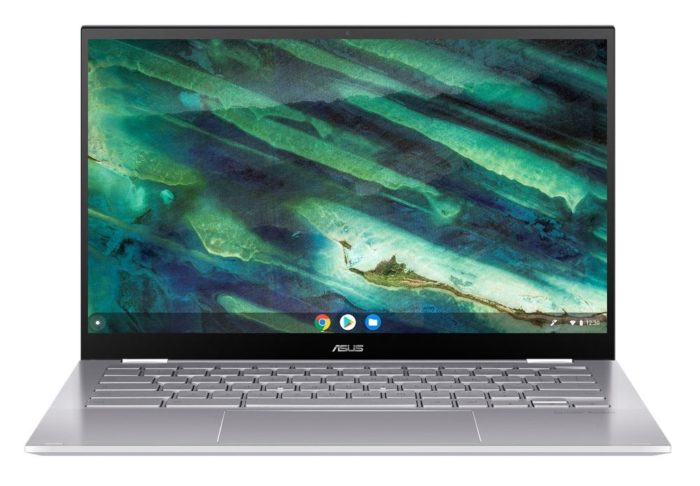 Asus says the 14 inch, 1920 x 1080 pixel display has an 85-percent screen-to-body ratio thanks to 4.9mm bezels on the sides and a 7mm bottom bezel. The display supports 100-percent sRGB color gamut.

That makes the high-end configuration the same price as the new Samsung Galaxy Chromebook, which is another premium Chromebook that launched this week. Samsung’s new laptop has an Intel Core i5-10210U processor and 4K AMOLED display which probably looks great, but seems to takes a toll on battery life — several reviewers note that the laptop struggles to get much more than 4 hours of battery life.