The Asus Chromebook family includes a range of laptops featuring different screen sizes, processors, and price points. Some are convertibles with touchscreen displays and 360-degree hinges, while others are clamshell-style notebooks.

But it’s been a few years since Asus offered a straight-up Chrome OS tablet designed to be used with or without a keyboard.

Now it looks like the company is returning to the Chrome OS tablet space with a new model called the Asus Chromebook CM3000. 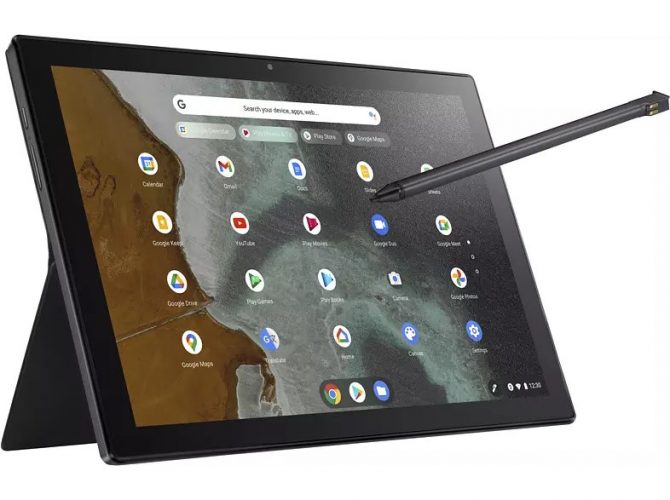 The new tablet looks a lot like it’s the Asus answer to Lenovo’s Chromebook Duet. It has the same processor, memory, and storage but a slightly larger display.

Asus hasn’t issued a press release or added a page for the new Chrome OS tablet to its website yet. But Chrome Unboxed recently noticed that it’s started showing up in listings at online retailers like Saturn, Mediamarkt, and Arkphire. 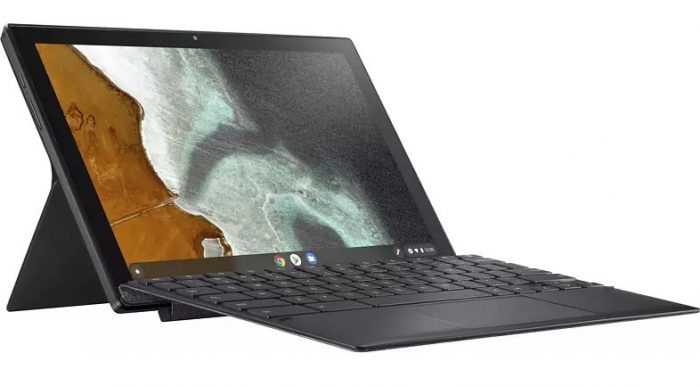 Here are some key specs, gleaned from those listings:

The tablet also has a set of pogo pins along the bottom where the detachable keyboard connects and works with a stylus that can be inserted into a slot in the tablet itself when you’re not using it.

German retailers are showing a list price of €449 ($545 US) for the tablet, which would make it substantially pricier than the Lenovo Chromebook Duet, which sells for about €329 ($399) in that country. But Lenovo’s tablet has been on the market longer, allowing the price to drop a bit. I wouldn’t be surprised if the Asus Chromebook CM3000 saw a similar price drop in the future, and it’ll almost certainly be priced lower in the United States, where Lenovo’s Chrome OS tablet is currently selling for about $250.