Google’s Chrome OS is a browser-based operating system that’s been used for Chromebooks, Chromeboxes, and Chromebases which are basically laptops, desktops, and all-in-one desktops designed to run Google’s software. 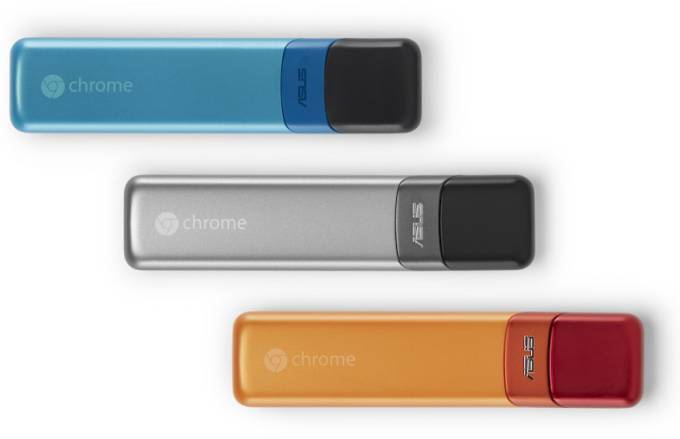 The Asus Chromebit is a tiny computer-on-a-stick that you can plug into a monitor or TV to turn it into a Chrome PC.

It’s expected to launch this summer for under $100, and Google and Asus are positioning the Chromebit as a solution for schools or businesses, although I suspect retail customers will be able to pick one up as well.

This isn’t exactly the first PC-on-a-stick we’ve seen. Models designed to run Google Android software have been coming out of China since 2012, and now Dell even sells one model called the Dell Wyse Cloud Connect.

More recently we’ve started to see device makers offer models with Intel Bay Trail processors and support for Microsoft Windows. This year chip maker Intel is even getting in on the action with the upcoming launch of the Intel Compute Stick, a tiny computer that will be available in Linux and Windows variants. 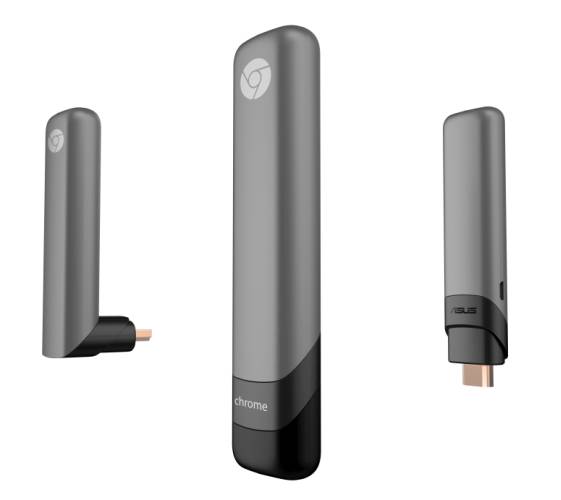 But the Asus Chromebit is the first device of its type expected to ship with Google’s Chrome operating system. It’s features a Rockchip RK3288 quad-core processor, much like the new line of Chromebooks unveiled today, but Asus tells me other details aren’t set in stone yet.