Google unveiled the first low-cost Chrome OS laptops with Rockchip’s ARM-based processors in March. At the same time the Hisense Chromebook and Haier Chromebook 11 went up for pre-order for about $149.

But if you’ve been holding out for a model from a company with a longer track record in the notebook computer space, now there’s another option: the Asus C201 Chromebook is available for pre-order for $169. 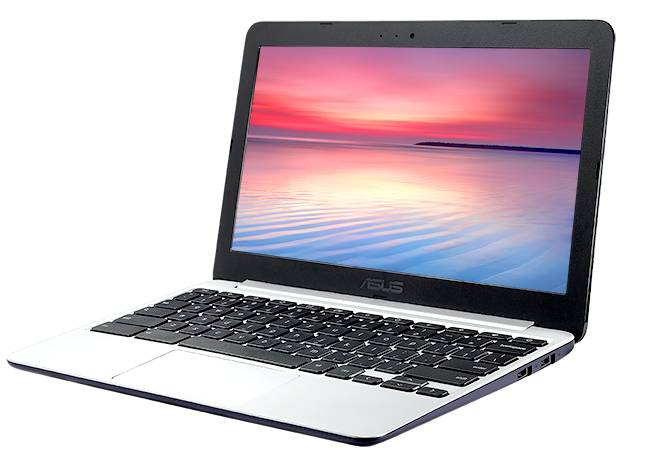 The laptop is 0.7 inches thick and weighs about 2.2 pounds, and Asus says it’ll last for up to 13 hours on a charge. It’s expected to begin shipping in May.

For the most part the Asus C201 Chromebook looks a lot like other Chromebooks with the RK3288 processor. But Asus does plan to offer a model with 4GB of RAM in the future.

Asus also has two other new Chrome OS devices on the way: the Chromebook Flip is a 2 pound, $249 2-in-1 convertible with a touchscreen display that folds back 360 degrees to let you use the laptop like a tablet, and the Asus Chromebit is a $100 TV stick that transforms any display into a Chrome OS computer.