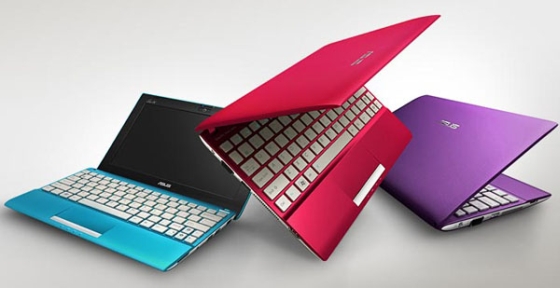 For the last few years Asus netbooks have all featured a “seashsell” inspired design, which is basically a fancy way of saying they were wider in the back than the front, but had a little bit of a curvature near the very back of the laptop.

Now Notebook Italia reports that Asus is preparing to introduce a new design for its upcoming netbooks. The company will likely show off new versions of the Asus Eee PC 1025 and 1225 mini-laptops at the Consumer Electronics Show next week, and they’ll apparently have a new “flare” design.

The new design isn’t a dramatic departure from the seashell concept. There’s still an island-style keyboard with flat keys and spaces between each button, for instance. But now the palm rest area will be elevated a little higher than the keyboard.

If that looks familiar, it might be because the Asus Eee PC X101 MeeGo netbook has a similarly elevated palm rest. The good news is that the Eee PC 1025 and 1225 will apparently have nearly full-sized keyboards, while the X101 has a tiny, cramped keyboard that’s kind of difficult to type on.

This week Asus is also teasing some of the other products the company will introduce at CES. The first teaser shows a full-sized keyboard with a rather unusual color scheme. You’ll be able to find more photos throughout the week at TechinStyle.tv.

One reply on “Asus 2012 netbook design: out with the seashell, in with the flare”