The AK240 is expected to launch in March, and while the price hasn’t been announced, the company’s lower-end products sell from $700 to $1500. Expect the AK240 to sell for much more money. In fact, one seller is already taking orders on eBay for $3200. 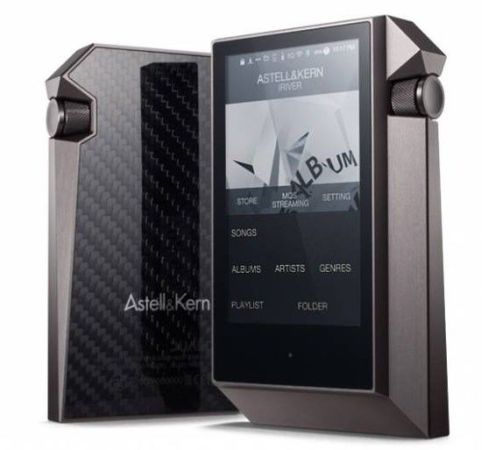 Clearly this is a device aimed at audio enthusiasts rather than folks who are willing to put up with low-quality MP3 files. But the AK240 does support a wide range of audio formats including DSD, WAV, AIFF and FLAC, as well as compressed files such as MP3, WMA, and OGG.

It features 802.11n WiFi and Bluetooth 4.0, has a microSDXC card slot for up to 128GB of removabel storage, and a 3250mAh battery. The media player also comes with a leather case.

But it’s the high-end audio gear that really makes this device stand out from a typical phone or media player. It has 2 Cirrus Logic CS4398 digital audio converters, one for each audio channel. It also has an XMOS chip for native DD audio processing and balanced audio output.

In addition to using the AK240 as a mobile media player you can plug it into a PC with a USB cable and use it as a high quality digital audio converter to send music to headphones or speakers.

Astell & Kern introduced the AK240 at CES in January, but I first noticed the device when it showed up at the FCC website this week, where you can get a good look at the hardware (and user manual).