Adding a second screen to your laptop or desktop computer setup can increased productivity by allowing you to display more apps or content at once, without the need to constantly minimize one app to view another. But not everyone has room on their desk for multiple displays. 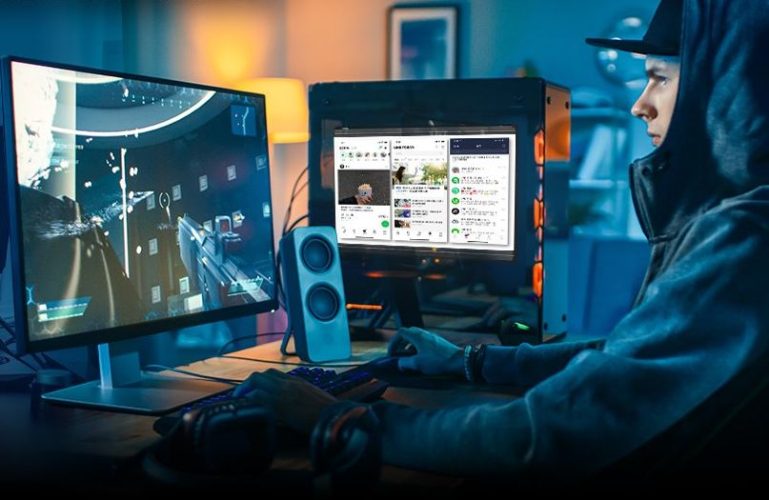 At least, that’s the idea. But there are a bunch of caveats to keep in mind.

One is that a 13.3 inch display might be fine for a laptop, but it’s not very large by desktop standards. Another is that you’ll need a few very specific things in order to use this accessory.

The first is a PC case with a transparent glass side panel – because ASRock’s display doesn’t replace the side of your PC, it rests just behind it. And the second is a motherboard that supports eDP display connections, which rules out most desktop motherboards as that’s a standard more typically found in laptops. Tom’s Hardware suggests that this means you’ll only be able to use the kit with a limited number of ASRock motherboards.

All told, the Side Panel Kit seems like a niche device that’s only going to appeal to a very select group of home PC builders. But it’s still a kind of nifty idea.

As for the display itself, it’s a 13.3 inch, 1920 x 1080 pixel IPS LCD display with LED backlights, up to 300 nits brightness, a 60 Hz refresh rate, and 800:1 contrast ratio. ASRock notes that it “may not be sold worldwide,” and that folks who are interested in purchasing one should “contact your local dealer for the availability of this model in your region.”